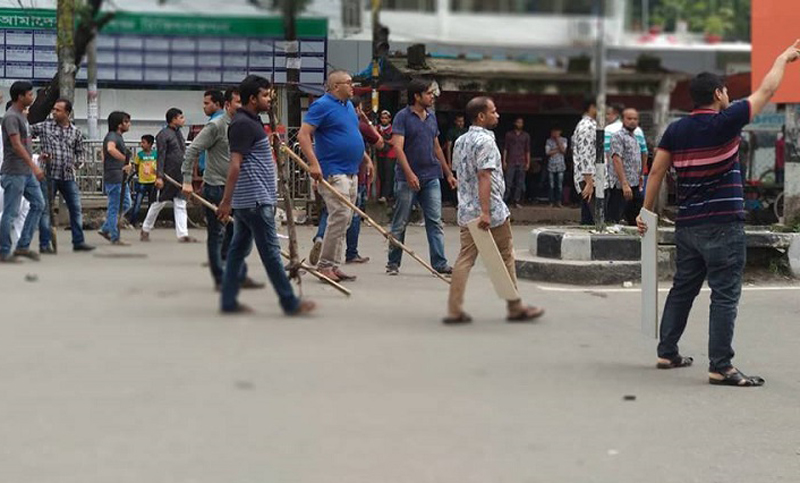 Bangladesh Chhatra League (BCL) activists allegedly attacked students while they were managing traffic at Jigatala intersection in the city on Saturday.

A group of BCL of 30-35 BCL men equipped with sticks swooped on the students in front of the BGB Jigatala gate around 2pm, leaving some of them injured.

They retreated when the students chased them with sticks and whatever they got around them.

However, the BCL activists regrouped and attacked the protesting students again around 3:30pm, leaving a number of the students injured.

Later, chases and counter-chases took place between the two groups.

Finally, members of Border Guard Bangladesh came out of the Pilkhana headquarters and brought the situation under control.

The agitated students also vandalised a police box in Science Lab area during the melee.