No one will be harassed over Assam citizen’s list: India 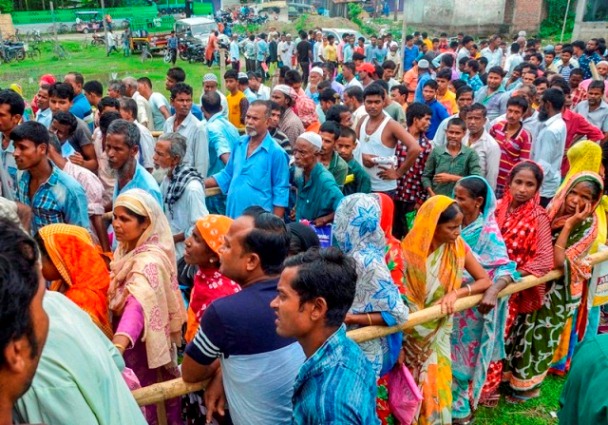 The government of India has asked the state government of Assam to ensure that law and order is maintained and no one is allowed to take the law into their hands.

"No person will be harassed and no one will be allowed to create fear or panic," said the government of India in a statement on Tuesday.

The government of India will provide all necessary assistance to the government of Assam in this regard, it said emphasising that all possible arrangements are made to ensure the safety and security of all.

Chief Minister of Assam Sarbananda Sonowal has said there is no question of anyone being put in detention camp.

"Moreover, no one will be treated as a foreigner if his or her name doesn’t appear in the NRC draft," said the Chief Minister.

India has published a list which effectively strips some four million people in the northeastern state of Assam of their citizenship, reports the BBC.

The NRC process is mandated by the Supreme Court of India and the process is not a decision of the government of India, the statement reads.

"The Supreme Court of India is monitoring the process. It’s not a political process."

The government of India and the state government of Assam are working as per the instructions and under the supervision of the Supreme Court of the country which has directed them to complete the exercise.

The NRC list that was published on 30 July is ‘only a draft’.

Every individual of Assam state will be given adequate time and opportunity to prove his claim before the final NRC is published, said the MEA.

The NRC process is being carried out according to the law.

Home Minister of India Rajnath Singh has said every individual will get justice and be treated in a humane manner.

The exercise is being carried out in a totally objective, transparent and meticulous manner.

Bangladesh sees the citizenship issue of India’s northeastern state of Assam as an internal matter of India.

“This is India’s internal matter,” an official told UNB on Monday without elaborating further.

The National Register of Citizens (NRC) is a list of people who can prove they came to the state by March 24, 1971.