Neymar ready to ‘go back and give everything’ for PSG 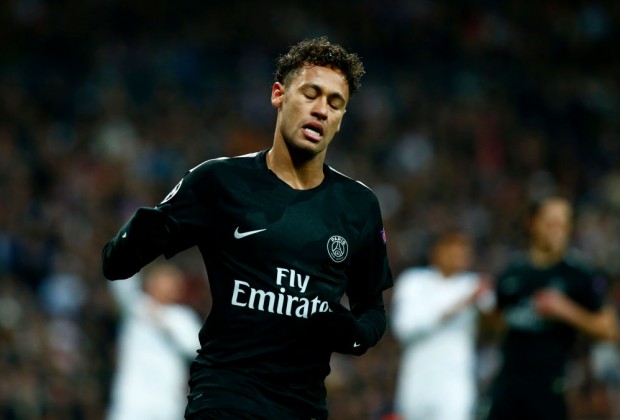 Brazilian forward Neymar has declared himself ready to "go back and give everything" for Paris Saint-Germain following a disappointing World Cup in Russia.

Neymar scored just twice in five matches in a Brazil side that were eliminated following a 2-1 defeat to Belgium in the quarterfinals.

"Of course I have reasons to be sad because [our] dream didn't come true," Neymar told reporters during a 5-side charity football match on Saturday.

"Now I'll have to wait another four years. But the world doesn't end. I have my family, my club ... I have a lot more reasons to be happy than sad. My life will continue and I'm now going to give my all for PSG," he added.

The 26-year-old was widely accused of play-acting and diving during the World Cup, drawing sharp criticism from fans and inspiring a series of internet memes.

"I get criticized for everything: when I talk, when I don't talk, but I'm getting used to it," the former Barcelona and Santos star said.

Neymar said he is looking forward to rejoining his PSG teammates, particularly French forward Kylian Mbappe, whom he considers a close friend.

Mbappe, 19, was named the World Cup's best young player, scoring four goals in the Les Bleus that secured their second World Cup title by defeating Croatia 4-2 in the final.

"We tried to meet during the World Cup but that wasn't possible," Neymar said, "He's a kid who I like a lot. Even though I am young, I try to pass on all of my experience to help him get better."