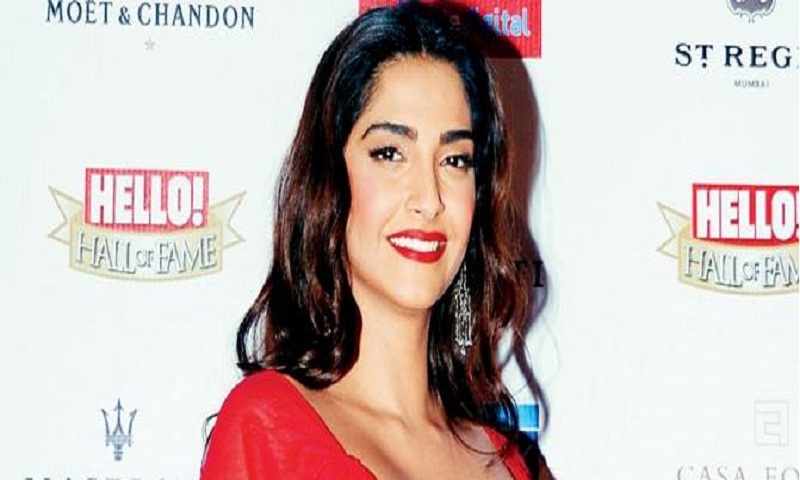 Sonam Kapoor's Instagram account would usually be replete with her sartorial statements. Of late, however, the actor has been only promoting husband Anand Ahuja's brands. Her recent posts are all about how fabulous his new line of sneakers and apparel is and how she can't wait to try it. The actor sure knows how to spread the word among fans.

Ever since their big, fat wedding in May, Sonam K Ahuja and husband Anand have been shuttling between Mumbai, Delhi and London. While she has been operating out of her Juhu home so far, it has now been heard that the actor intends to shift base to her pad in Sunteck Signature Island Apartments in Bandra Kurla Complex. The house, which she had reportedly picked up for a whopping Rs 35 crore in 2015, was the venue of their mehendi function.

A source informs mid-day, "Sonam had invested in this property long back. Considering the two spend a chunk of their time in Mumbai, she wants the Bandra house to be her marital home. She has already begun doing up the apartment. During her recent trip to London, she picked up curios and artefacts for her home." The source adds that Kapoor is hoping to have major part of the house revamped by August, before she reports to the shooting of The Zoya Factor.

"Her calendar is packed with back-to-back films. Once she begins shooting for The Zoya Factor, she'll have little time to focus on the home decor. She is hoping to move into the house before the year-end."

Ahuja, we hear, is planning to expand his popular clothing brand, Bhane, in Mumbai.