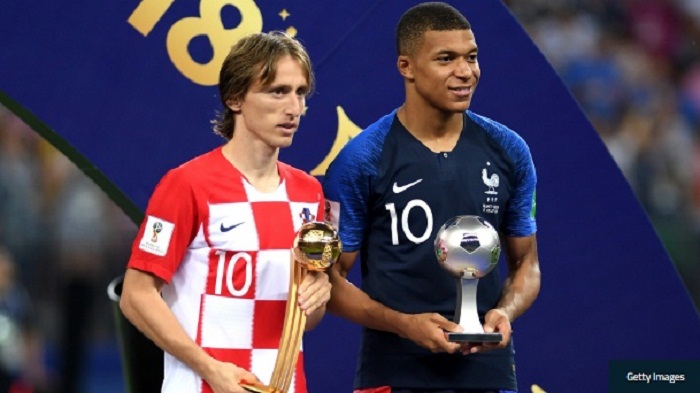 Croatian star Luka Modric has been named the 2018 World Cup Golden Ball winner, while France star Kylian Mbappe was named as the best young player at the tournament.

Modric helped Croatia to the World Cup final with his outstanding play in the middle of the park, as the nation of just over 4 million people made a fairytale run through the competition with wins over the likes of Argentina and England along the way.

Mbappe was also impressive throughout the tournament and was among the scorers in the final as Les Bleus ran to a 4-2 win over Modric and Croatia.

The 19-year-old also scored a brace in a 4-3 win Argentina in the round of 16, with his World Cup exploits at such a tender age matching the likes of Pele in their historical relevance.

England's Harry Kane claimed the Golden Boot for the competition with his six goals for England, who made it all the way to the semi-final before being knocked out after extra time by Croatia.

Griezmann was the man nearest Kane at the top of the scoring charts, with Belgium's Romelu Lukaku finishing third.