England, Belgium to Play for 3rd Place at World Cup 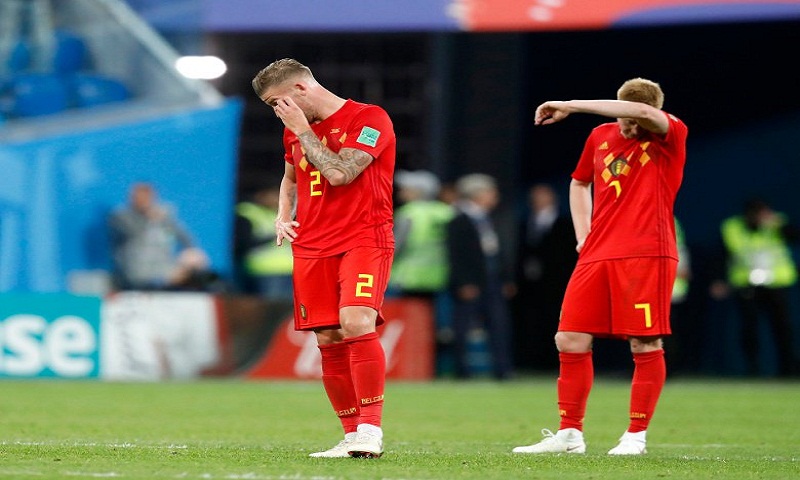 England defender Kyle Walker is finding meaning in the game no one wants to play. The third-place match will be held on Saturday (Bangladesh time 8pm).

The third-place match at the World Cup is often dismissed as a pointless way for FIFA to fill TV space with two teams who just want to go home. But for Walker, a bronze medal still has value.

"It's still something massively to play for, to be the third-best team in the world," Walker said after Wednesday's semifinal loss to Croatia. "Who would have thought it, at the start of the tournament when everyone was writing us off?

"We've still got a very important job come Saturday to go and beat the Belgians and get the bragging rights over them because they beat us in the group stage."

England and Belgium have both produced last-gasp victories at the World Cup — Belgium beating Japan 3-2, England beating Colombia on penalties — but their two games together lack significance.

Both had already qualified for the round of 16 when Belgium beat England 1-0 in the last game of the group stage on Adnan Januzaj's curling shot in a game likened to a friendly thanks to 17 lineup changes.

Much of the talk was about whether finishing first or second in Group G would open up easier games. In the end, it meant little as both advanced to the semifinals.

Not everyone seems as enthusiastic as Walker.

Harry Kane, the leading scorer at the World Cup with six goals, said he isn't motivated by the chance to secure the Golden Boot for top scorer in the third-place game.

"It's not something I'm really thinking about," he said. "It's not the game we wanted to be in, as a team. It is what it is, but we'll try and play that game with as much pride as a team as try and finish on a high. We're still going to be hurting."

Even if the result is quickly forgotten by the fans, it will be remembered in Premier League locker rooms.

Five Premier League clubs have players on both sides of the game. Walker can face Manchester City teammates Vincent Kompany and Kevin de Bruyne, while Tottenham boasts three players for Belgium and five for England.

Liverpool, Manchester United and Chelsea are the other three clubs represented in both squads.

A third-place game can still be exciting.

Germany overturned a 2-1 deficit to beat Uruguay 3-2 in the 2010 game as Diego Forlan sent a free kick off the crossbar in the last minute.

However, many third-place games have been one-sided, like the Netherlands' 3-0 victory over Brazil in 2014, or a source of trivia, like Turkey's 3-2 win over South Korea in 2002.

That game is best known for Turkey forward Hakan Sukur scoring the fastest World Cup goal in history, needing only 11 seconds to make it 1-0.