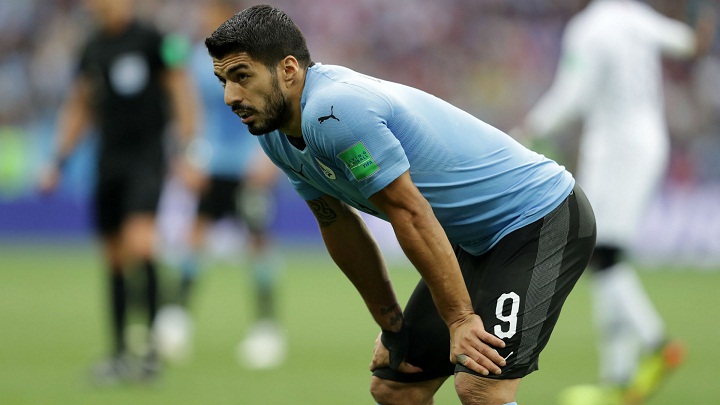 Antoine Griezmann's decision not to celebrate his World Cup quarter-final goal out of respect for Uruguay has received a lukewarm response from Luis Suarez.

Atletico Madrid forward Griezmann curtailed his typically exuberant celebrations after netting the second in the 2-0 win that sealed France's spot in the final four.

Suarez, however, rejected the gesture as hollow given Griezmann's role in ending his nation's tournament.

"He's not Uruguayan, he's French and he scored a goal," the Barcelona star told reporters.

"He doesn't know what we have to do to succeed in football. He will have his customs and his Uruguayan way of speaking, but we feel differently."

Suarez rued the injury absence of strike partner Edinson Cavani as "essential" to the result, although Uruguay's hopes of advancing were not aided by Fernando Muslera's poor error for Griezmann's goal .

The Galatasaray goalkeeper fumbled in a long-range effort in the 61st minute to gift France a buffer after Raphael Varane had headed home Griezmann's free-kick shortly before half-time.

Captain and key defender Godin refused to blame Muslera for the defeat.

"Fernando is a great goalkeeper. We all make mistakes. On other occasions he saved us with incredible stops," Godin said.