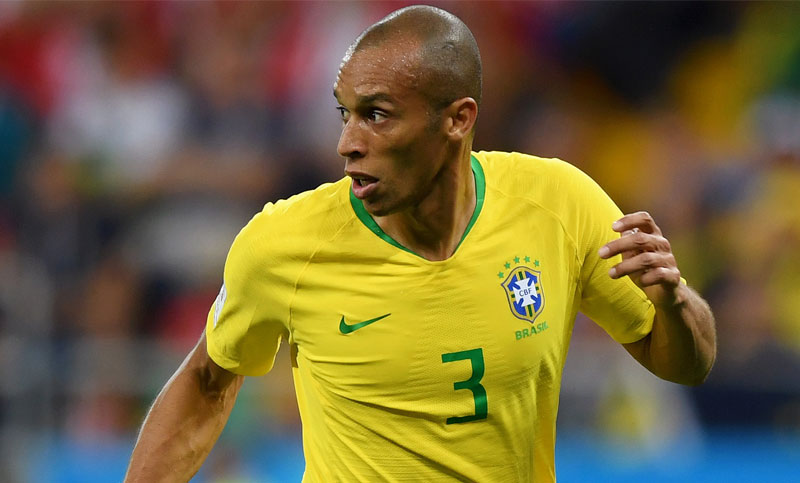 Brazil defender Miranda believes Belgium's Vincent Kompany was "hiding fear" with his comments ahead of their World Cup quarter-final.

Kompany insisted his team were losing no sleep over Brazil's attack ahead of Friday's blockbuster clash in Kazan.

Miranda feels Kompany was simply trying to provoke Tite's men, and fire up his own team-mates before the last-eight clash.

"We know there is all kinds of provocation. I think it's a way to hide your fear," he told a news conference Thursday.

"I think it's a way of showing trust and hiding fear.

"You have to prepare yourself especially against the Brazil national team and a leader like Kompany has to show confidence to his team-mates, just like the more experienced players have to show our confidence in our actions to our team-mates."

While they are World Cup favourites, Brazil will need to stop a star-studded Belgium attack, which has been led by Romelu Lukaku's four goals.

But Miranda said there was more to Roberto Martinez's men than just the Manchester United striker.

"Belgium is not just Lukaku. Certainly it's a very strong attacking team but the main way to stop the opponent is to be aware of all the players that are on the pitch because there are several high-quality players," he said.

"They are very skillful, they are very tall, so our defence is going to have to be very well prepared to neutralise all of the opponent's attacks."

The winner of the clash between Brazil and Belgium will face either France or Uruguay in the semi-finals.