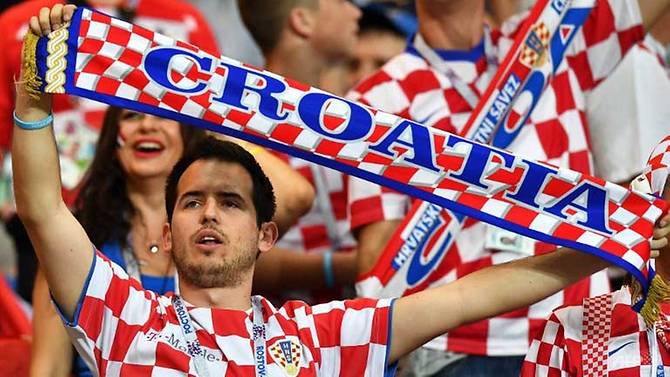 SOCHI, Russia: Croatia are targeting the World Cup semi-finals for the first time since 1998 - when they made their debut as an independent nation on football's biggest stage.

It is unwise to look too far ahead at an event so full of surprises, but will a Croatian team facing host nation Russia in the last eight ever get a better chance to outdo the heroes of two decades ago?

Zlatko Dalic's side showed in their comprehensive dismantling of Argentina during the group phase that they have no fear of the big names, and there is a strong case to say they are the best team left in their half of the draw.

England might disagree, and the two countries could yet meet in the semi-finals.

However, while Croatia needed penalties to beat Denmark in the last round, they have come to Sochi full of confidence.

"We have shown in this World Cup that we have the right to hope for big things. We are playing really well and we have such players that we certainly should believe can go to the very end," said defender Domagoj Vida.

Any team boasting a player of Luka Modric's quality can afford to dream, especially when he is supported by Ivan Rakitic and Mario Mandzukic.

"He is our captain, he is our leader, we all stand behind him," said Inter Milan winger Ivan Perisic of Modric.

The Real Madrid player is possibly the best midfielder at the tournament but the strength in depth for such a small country is remarkable.

The powerful Ante Rebic has impressed as well, fresh from scoring twice for Eintracht Frankfurt in their German Cup final win over Bayern Munich.

Bringing the 24-year-old winger back into the international fold has been one of the changes made by Dalic, who replaced Ante Cacic as coach late last year.

"Each coach brings new ideas. Maybe it turned out for the best of the team that we entered a new era with a new coach," said Perisic.

Dalic took the team through a play-off against Greece to qualify for the finals and has overseen continued progress despite off-field distractions.

Their build-up to the tournament was overshadowed by the graft trial of former Dinamo Zagreb chief Zdravko Mamic and the charges against Modric for alleged false testimony in that case.

AC Milan striker Nikola Kalinic was sent home after reportedly refusing to come off the bench in Croatia's opening game against Nigeria.

Nevertheless, the atmosphere within the camp is relaxed.

"I think it says enough about our atmosphere, the fact that we have been together for almost a month and a half and there wasn't even the smallest incident between the players," insisted Rebic.

He and other members of the squad have spent this week recounting their memories of 1998, when Croatia won 3-0 against Germany the last time they reached the quarter-finals.

One serious obstacle remains to be overcome, however.

Back then, Croatia fell against hosts France in the semi-finals. Their only other previous encounter with the hosts at a World Cup also ended in defeat, against Brazil four years ago.

Croatia can expect a hostile reception at the Fisht Stadium on Saturday. For a country with a population of barely 4.3 million to beat a host nation of more than 142 million would be some achievement. But they certainly do not lack belief.

"I think we have more quality in our team and I think we are going to be the ones to set the tone," said Rebic.