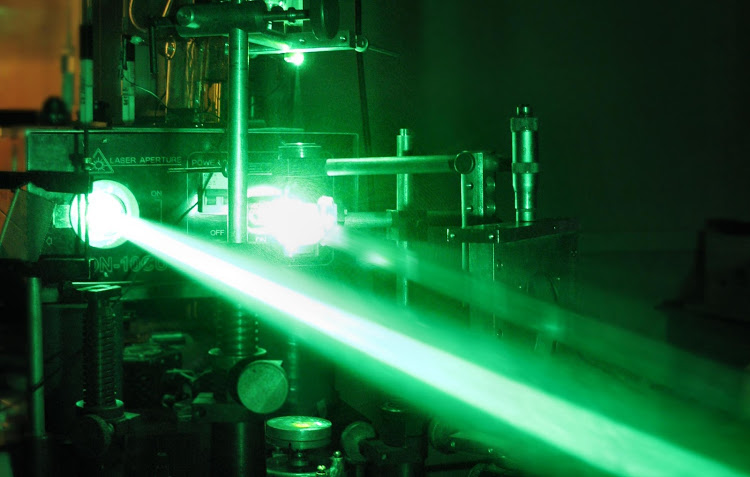 A Chinese firm has developed a laser gun designed for police use that can set fire to protesters' hair or banners from a range of almost one kilometre.

The general manager of the ZKZM fibre laser company, who asked to remain anonymous, said the weapon would "immediately" produce a "strong pain response" in the target but stressed it was designed to be "non-lethal".

"It is not designed explicitly for killing like a gun that uses bullets and cannot cause the 'instant carbonisation' of human skin and tissues," he added.

The 15-mm calibre weapon weighs three kilogram’s (6.6 pounds), has a range of 800 metres (2,600 feet) and can pass through glass and other transparent obstacles.

It can be mounted on cars, boats and planes, the firm said, adding that it was "seeking a partner that has a weapons production licence or a partner in the security or defence industry to start large-scale production".

It is "mainly expected to be for Chinese police use", the manager told AFP.

He said it would need to be upgraded to a "laser cannon" -- with increased power -- to become lethal and confirmed his firm was working on such a weapon.

But he noted there was an international agreement not to develop killer lasers and said any such weapons would be "inhumane... the pain would be unimaginable".

Some experts were sceptical of the unveiling, saying laser weaponry was still a matter of science fiction.

Specialist website Techcrunch noted that "laser weaponry capable of real harm has eluded the eager boffins of the world's militaries for several reasons".

"The power required to set a person aflame instantly from half a mile away is truly huge," the website stressed.

"The idea of one that weighs a handful of pounds and fires hundreds of instantly skin-searing shots is just infeasible today."

Development of such laser weapons is not limited to China, with all the big defence players in the US working on prototypes for the Pentagon.

Last year, Lockheed Martin announced a 60-kilowatt laser weapon that is invisible to the naked eye and will be deployed against mortars and small drones.