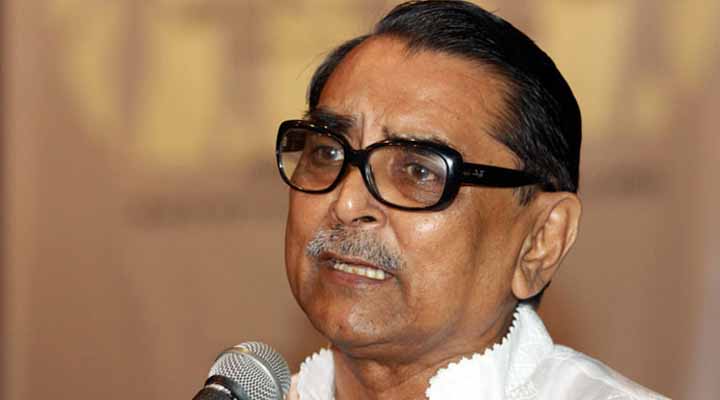 Social Welfare Minister Rashed Khan Menon on Monday came down heavily on Finance Minister AMA Muhith for giving undue facilities to the banking sector that ultimately goes in favour of the owners of the banks.

“Banks owners got the highest facilities in the budget, but indiscriminate looting, loan defaulting and siphoning of money is going on in the banking sector,” he said.

Menon said this while taking part in the discussion of the budget for the coming 2018-19 fiscal in the Parliament.

The Workers Party chief said that due to the dilapidated banking sector people of the country are suffering a lot. “The capital deficit in the banking sector is being filled with the tax money from the common people, the corporate tax of the banks has been proposed to be reduced,” he said.

He said that recently the government has amended the banking law to place the banking sector under clutch of family ownership.

“These banks owners are the owners of garments, insurance companies and real estates,” he said.

Menon mentioned that Bangabandhu never bowed down to the 22 families during Pakistan regime. “But now Bankers Association is fixing what will be the CRR rate, lending rate, deposit rate. Finance Ministry and Bangladesh Bank now appears powerless,” he said.

He also said that the budget tried to put its hand on the savings of the poor and middle income group.

Asking the government to establish the economic equilibrium, he said that the difference between the rich and poor are very much visible. In this connection he mentioned that the Bangladesh economic Statistics also said so.

He also described various positive sides of the budget.

Talking about the ongoing drive against drugs, Menon said that gun-fight is not the solution. “Social resistance has to be built, the people involved in drug trading has to be given death penalty, their property has to be confiscated,’ he said.

He also said that the catching small fries will not bring any good result. “The big fish have to be nabbed, their wealth has to be confiscated,” he said.

The minister expressed his hope that the prime minister will now give the directives to conduct drive against corruption.

Describing various development activities of the government, he said that there is no alternative to the win of the grand alliance in the next elections.

He mentioned that every achievement of the government will be destroyed if the BNP-Jamaat clique comes to the power again. “Their conspiracy is on,” he added.

“But calculating the votes pampering Hefajat, changing curriculum, removing statue, giving some seats in the Parliament will be a stupidity. Snakes change their skins, but their venom remains in their teeth,” he said.