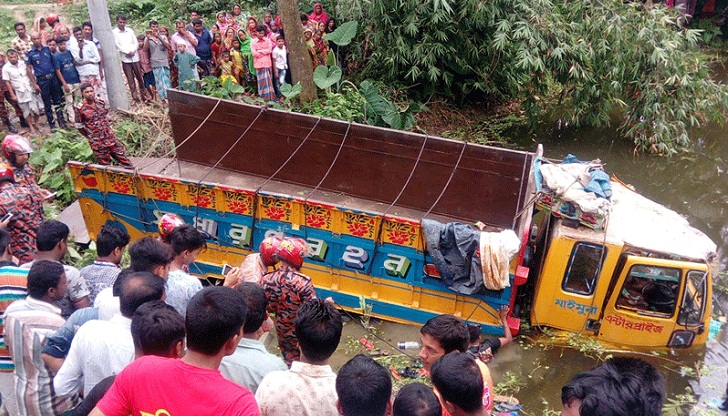 Five construction workers were killed and 29 others injured as a truck plunged into a roadside ditch in Kalihati upazila headquarters early Monday.

The deceased could not be identified yet.

Mir Mosharraf Hossain, officer-in-charge of Kalihati Police Station, said the Habiganj-bound truck from Gaibandha carrying a group of construction workers fell into the ditch around 5:30 am after the driver lost control over the steering, leaving four workers dead on the spot and 30 others injured, reports UNB.

The injured were admitted to Tangail General Hospital where one of the injured workers died.