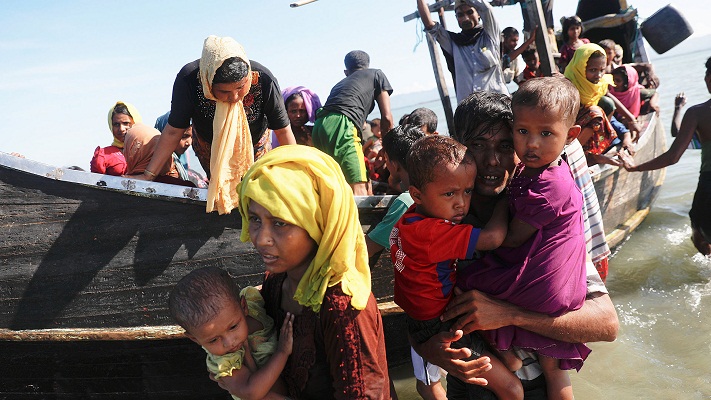 A closed-door hearing on Bangladesh’s submission on Rohingya issue was held at the International Criminal Court (ICC) in The Hague on Wednesday but a decision in this regard is still awaiting.

“The hearing did take place but a decision is still awaiting,” UNB reports quoting a senior Foreign Ministry official.

On June 11, Bangladesh Ambassador to the Netherlands Sheikh Mohammed Belal, who came to Dhaka for consultations, handed over a copy of Bangladesh’ observations to the court based in The Hague. ICC Registrar Peter Lewis received the submission.

Responding to a question, the official said they will have to wait for the redacted transcript which may be available within a week as the hearing was held behind closed-doors.

Diplomatic sources say Bangladesh need not worry about any decision that may be forthcoming, expecting it to be good for Bangladesh.

International pressure on Myanmar is mounting afresh as it remained 'very slow' in creating conditions for the safe return of Rohingyas from Bangladesh.

Earlier, Bangladesh, being one of the States Parties to the Rome Statute, responded to the request of the ICC regarding the Rohingya situation, particularly about the territorial jurisdiction of the ICC as Bangladesh is seeking a "sustainable solution" to the crisis.

A diplomat in Dhaka said in 1993 when the International Criminal Tribunal for the Former Yugoslavia was established, few believed that suspects like Ratko Mladic and Radovan Karadzic, the Bosnian Serb leaders, would ever have to account for themselves.

Analysing the current situation, another diplomat said “time is quite right for history to repeat itself”.

The Chamber invited the competent authorities of Bangladesh to submit written observations, either publicly or confidentially, on three specific matters.