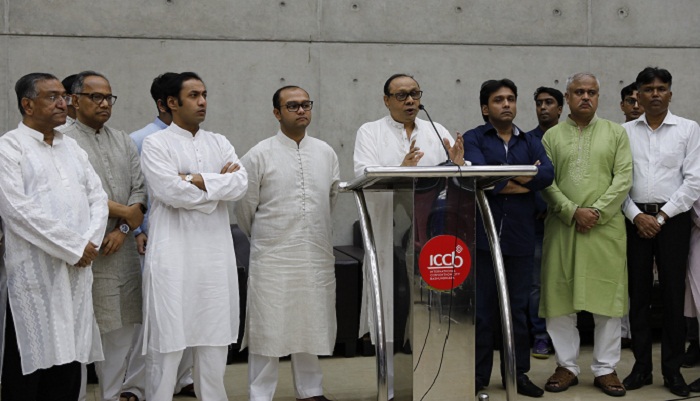 “All our media outlets are doing well. But readers expect a bit more from our media organisations and you have to satisfy their expectations,” he told the newsmen at an iftar and doa mahfil on Tuesday.

Bashundhara Group organised the iftar for the journalists, officials and employees of EWMGL media houses at International Convention City Bashundhara.

The Bashundhara chairman said people would once think that a media outlet cannot get popular among readers unless it pursues ‘negative journalism’.

Ahmed Akbar Sobhan urged the newsmen to call a spade a spade. “Where there is a crime, the media must stand against it. There shouldn’t be any fear in this regard,” he said.

The chairman said: “We had first spoken against drugs. Our journalists working at Teknaf in Cox’s Bazar focused on drug trade taking the risk of life.  Today, drives are going on against drugs.”

He said Bashundhara Group’s main aim is the development of the country and the people. He expressed the hope that the country would be able to attain the status of a developed nation before the deadline.

Mentioning that Bangladesh Pratidin is being published in America, he said: “We have plans to publish our dailies from Dubai and some other countries soon.”

Ahmed Akbar Sobhan said Bashundhara Group has contributed a lot to employment and economic development of the journalist community by establishing the media outlets.

Naem Nizam said at the event that as India is known abroad by its business conglomerate Tata and Japan by Toyota, Bangladesh will now be known abroad by Bashundhara Group.