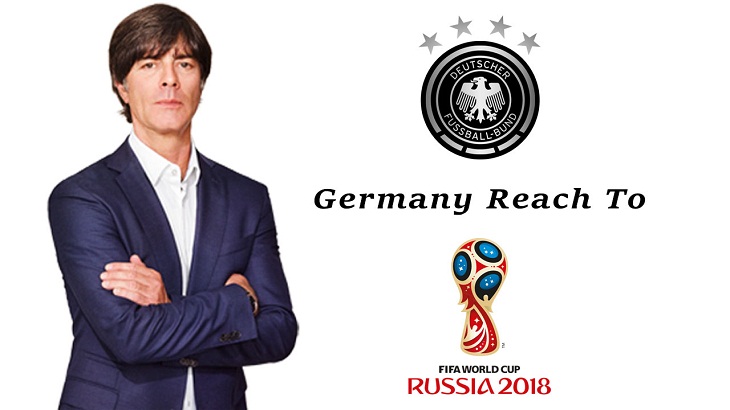 Reigning champions Germany arrived in Russia on Tuesday to join the World Cup party as Belgium downplayed an injury scare over star player Eden Hazard in their final warm-up match.

Gareth Southgate's youthful England team are also due to touch down as excitement mounts ahead of Thursday's opening fixture in Moscow between host nation Russia and Saudi Arabia.

Germany, aiming to join Brazil as five-time winners of the World Cup, landed near Moscow, ahead of their first match against Mexico on Sunday.

The Germans are among a select group of favourites alongside Spain, France and Brazil but there are lingering questions over their form.

Joachim Loew's side went five games without a win before labouring to a 2-1 victory over Saudi Arabia in their final warm-up and first-choice goalkeeper Manuel Neuer has been injured and hardly played since September.

But the Germans have made at least the semi-finals in each of the past four World Cups and have a habit of finding form when they need it most.

The defending champions open their World Cup against Group F opponents Mexico in Moscow on June 17. They also play Sweden and South Korea.

Loew warned Germany's rivals had all made strides since 2014.

"There will be a high standard of opposition. Spain have improved, while Brazil and Argentina are up there," he said.

England are not among the favourites in Russia but the third-youngest Three Lions squad to head to a World Cup boasts Premier League stars such as Harry Kane, Dele Alli and Raheem Sterling.

"We have a young, hungry team that wants to achieve greatness. We want to bring the country together and achieve something great," said Tottenham forward Alli.

Hazard limped off with 20 minutes to go but coach Roberto Martinez brushed off concerns, saying there was "nothing to worry about".

"He's very strong, he just had a dead leg towards the end of the match," he said.

Brazil and Neymar attracted an army of excited youngsters -- including one who managed to break onto the pitch for a selfie -- as they held their first training session on Russian soil.

Around 5,000 locals turned out to watch the relaxed session next to the Brazilians' hotel in the Black Sea resort city of Sochi.

The 222-million-euro ($261 million) Paris Saint-Germain forward made his first start on Sunday, against Austria, since undergoing surgery on a foot fracture at the start of March.

"Neymar is doing great, thanks to God," said goalkeeper Alisson. "I think the way the whole process has been dealt with was perfect. He has fully recovered."

But before the action on the pitch gets under way, on Wednesday FIFA members must choose whether to award the 2026 World Cup to North America or Morocco.

They will choose between a joint US-Canadian-Mexican bid or the north Africans to host a tournament that will feature 48 teams for the first time.

But the North American bid has been dogged by concerns that the vote could become a referendum on the popularity of US President Donald Trump.

On Monday, bid leader Carlos Cordeiro urged FIFA members to vote on the "merits" of the bid, and not on Trump.

Russia beat England in the race to host this year's tournament but the 2010 vote has since been tainted by bribery allegations.

The World Cup will take place against a background of international tensions after Russia and the West engaged in a major wave of tit-for-tat diplomatic expulsions since London accused Moscow of being behind the poisoning of a double agent in Britain.