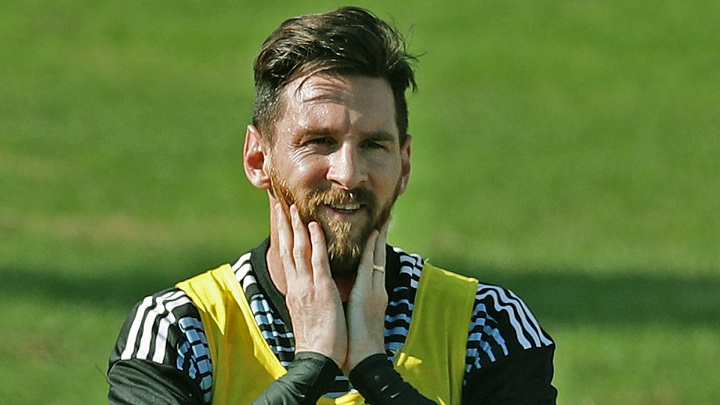 Brazil legend Rivaldo thinks that Lionel Messi will be missing something from his legacy, especially compared to Diego Maradona in Argentina, if he fails to win the World Cup in Russia.

Messi is widely regarded as one of the greatest ever footballers having won 23 major honours with Barcelona and become his country's all-time top scorer but he has still yet to win a World Cup.

Maradona is also regarded as one of the greatest ever and won the World Cup with an Argentina in 1986. Rivaldo is a huge fan of Messi but thinks that he could fall short of Maradona's status as a national hero, without earning that first World Cup for his country.

"Well Messi is already a legend for everything he has done at Barcelona and for football," Rivaldo told. "You can’t say anymore than that. Obviously, Argentina as a country had Maradona as their biggest star who won the World Cup.

"So maybe for Argentinians, Messi isn’t at the same level of legend as well because for the supporters of a country, it doesn’t matter what you have done for your club. Messi has won so many titles with Barcelona, the Champions League many times and La Liga.

"This is important for the supporters of the club but for the Argentinian people, it is important to win the World Cup. Of course, you can understand that because of all the football competitions the World Cup is the most important and it is the top prize.

"If you haven’t won that then people may perceive that you need to do so. I think that until Messi wins the World Cup, Argentinians won’t consider him as a legend at the same level as Maradona but I believe Messi is 100 per cent. He has done so much for club and country now.

"He is 100% now, he has got the quality and Argentina is playing well. Hopefully, he will get them to the final because maybe this is his last chance to do that. He may not be a legend for all Argentinian people but for football as a whole, he is already a legend."

Rivaldo won the World Cup and Ballon d'Or in an illustrious career that also took him Barcelona, prior to Messi's Camp Nou reign.

His World Cup-winning side from 2002 had the likes of Ronaldinho, Ronaldo and Kaka. Rivaldo believes it is hard to compare the great from his era to the likes of Messi and Cristiano Ronaldo who dominate football today.

"I am going to speak generally because it is very difficult to compare players in different times from history," he continued. "I believe each one of these players they are great players. Each one had their history and contributed to football.

"You can’t compare what happens between the past and now. Cristiano Ronaldo is a great player and Lionel Messi is a great player. Some people have different opinions and compare one with another. The same with Ronaldo Phenemeno, Ronaldinho Gaucho or Zidane and myself.