Paul Pogba can and can't do everything, says Didier Deschamps 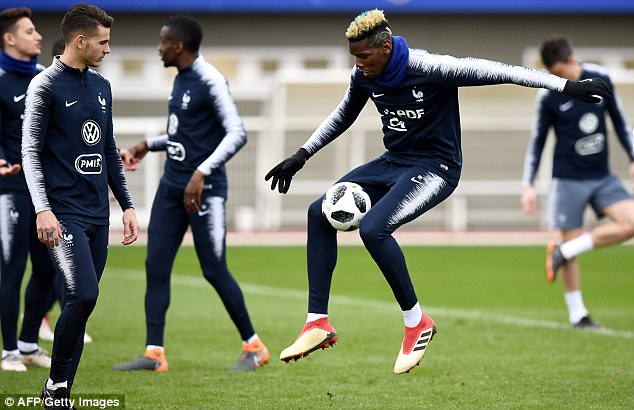 Speaking to France Football, Pogba had said he feels unfairly judged after he was jeered by French fans during the 3-1 victory over Italy a week ago.

Deschamps insisted the Manchester United player has a lot to offer, though.

"People talk a lot about Paul. He's a midfielder, he's not a number 10, nor a forward," said Deschamps on Friday.

"He has the ability to score goals and create them, which he does often. He's a complete midfielder: he can do everything but he can't do everything. There's a nuance there.

And Deschamps said Pogba had acknowledged that his performance against Italy wasn't up to the standard required.

"He's aware of that, I've spoken with him: it certainly wasn't his best match," added the coach.

"There were some bad things, some good things; like all the players, he's part of the collective, where the team needs him, but he has some liberty."