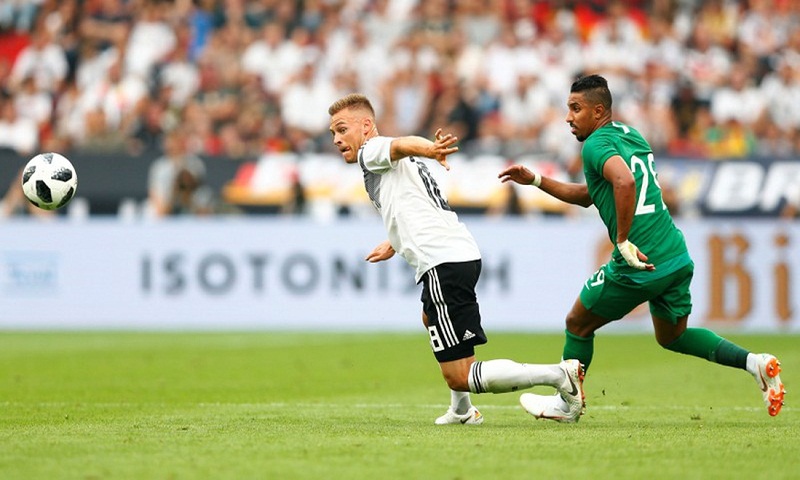 Cologne and Germany defender Jonas Hector has revealed Die Mannschaft are determined to improve upon their defeat to Austria with a convincing display against Saudi Arabia.

Manager Joachim Löw’s men suffered a surprise 2-1 defeat to Das Team on June 2 at the Worthersee Stadion in Klagenfurt, and now face The Green Falcons at the BayArena on Friday evening.

The friendly international will serve as the Germans last preparation match before their first World Cup match against Mexico on June 17 at the Luzhniki Stadium in Moscow. Other teams in Group F include the Korea Republic and Sweden.

Nonetheless, left-back Hector, who made 20 appearances for his club in the Bundesliga last season, takes the view that the encounter in Leverkusen is a chance to show radical improvement after the loss to the Austrians.

Speaking to reporters ahead of the game, he said: “We’ve gone over the Austria game thoroughly with the coaches and analysts. Since we’ve been working on our attacking and defensive moves.

“We want to put those into practice better than we have been doing recently. We want to perform well – that’s how everyone is approaching it. Everyone wants to prove themselves again – that’s motivation enough.”

In team news for the hosts, Toni Kroos is expected to start despite only joining up with the world champions on Sunday.

Meanwhile, goalkeeper Manuel Neuer will feature and has been confirmed as captain for the game as well as the World Cup. Jerome Boateng and Mesut Ozil are set to miss out as they recover from injuries.