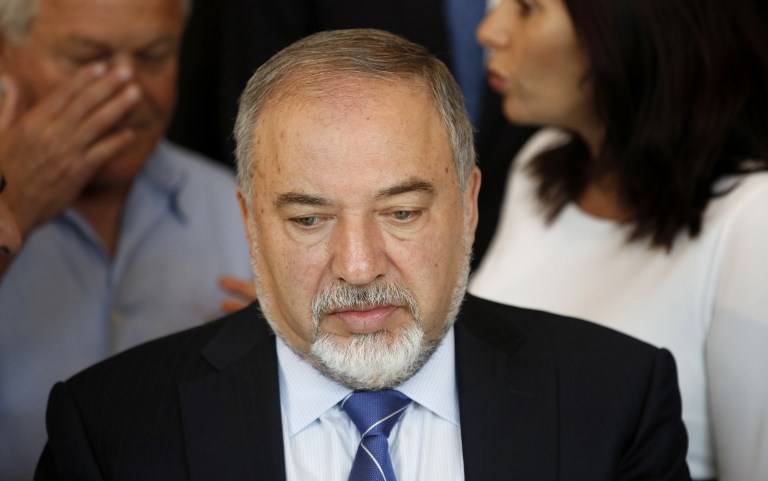 Israeli defence minister Avigdor Lieberman on Wednesday slammed the Argentina national football team over the cancellation of a planned friendly against Israel in Jerusalem, calling it a surrender to hate.

"It's a shame that Argentina's footballing nobility did not withstand the pressure from Israeli-hating inciters," he wrote on Twitter in the first response from an Israeli cabinet minister.

The Israeli embassy in Argentina earlier announced the "suspension" of Saturday's sold-out game because of what it called "threats and provocations" against Barcelona superstar Lionel Messi.

The World Cup warmup appearance in Jerusalem was hotly opposed by Palestinians, who claim the eastern part of the city, annexed by Israel, as the capital of their future state.

The Jewish state considers the entire city its own "indivisible" capital.

The Argentina about-turn comes at a time of fierce criticism of the Israeli army over the use of lethal force against Palestinian protesters on the Gaza Strip border with the Jewish state.

Gazans have since March 30 been holding border protests demanding the return of Palestinians to land they fled or were expelled from during the 1948 war surrounding Israel's creation, now inside the Jewish state.

At least 125 Palestinians have been killed by Israeli gunfire on the frontier since March 30.

The sole aim of opponents of the Jerusalem game, Lieberman said Wednesday, was "to strike at our basic right to self-defence and to bring about the destruction of Israel".

"We shall not surrender to a group of anti-semites," he added.