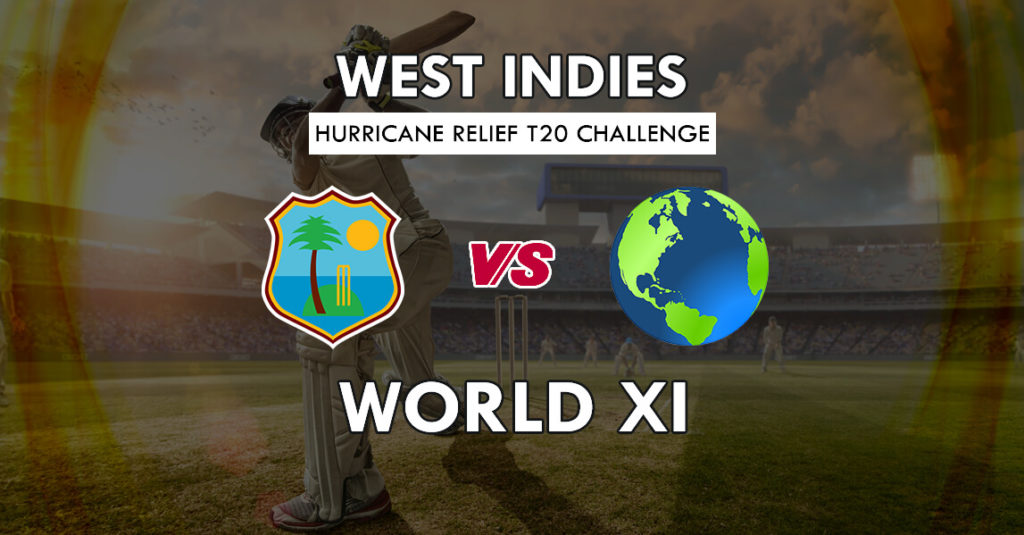 A galaxy of stars will be seen at Lord’s on Thursday as world T20I champions West Indies will take on World XI to help raise funds for the restoration of five cricket stadia in the Caribbean that were damaged by hurricanes Irma and Maria in 2017.

The match will begin at 5pm [Bangladesh time].

Carlos Brathwaite, who hit Ben Stokes for four successive sixes to win the last ICC World T20I at Kolkata’s Eden Gardens in April 2016, is the captain of the champions West Indies side with having some fantastic T20 talents.

Six of those players were part of the XI that won the World T20 2016 final.

Morgan was originally supposed to captain the side, but a broken finger sustained during a One-Day Cup match on May 27 putted him out of action, leading to Afridi being promoted.

That completed the XI, but Shakib opted out because of personal reasons and was replaced by exciting teenaged Nepal leg-spinner Sandeep Lamichhane. Pandya has also opted out since then, to be replaced by countrymate Mohammed Shami, who has also been swapped with Tymal Mills, while Sam Billings has filled in for Morgan. English cricketers Adil Rashid and Sam Curran have also been added to make the squad 13-men strong.