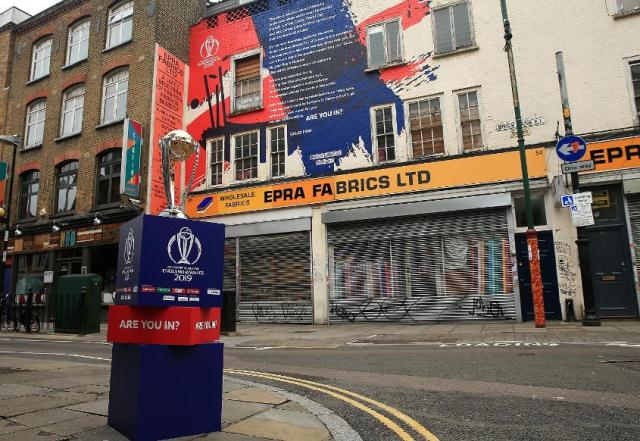 One year is to go until the greatest celebration of cricket ‘ICC Cricket World Cup 2019’ begins in England on May 30 next year when hosts England take on South Africa at The Oval in London.

To celebrate the milestone and start the countdown, London-based artist Caleb Femi has written a Cricket World Cup declaration setting out the promise of the event to fans around the world and what it means to cricket fans in England and Wales.

“We’re going to make this event a great celebration of cricket and the cultural diversity of our sport,” said ICC Chief Executive David Richardson, reports ICC on Wednesday.

ICC expected that every one of the 48 matches will attract diverse crowds creating a unique atmosphere where every team has home support.

A launch event on the iconic Brick Lane will bring together cricket ambassadors, such as England captain Eoin Morgan as well as ICC Cricket Hall of Famers Brian Lara and Waqar Younis, local street cricket projects, and community leaders.

The Cricket World Cup will end with the fifth final at the iconic Lord’s Cricket Ground on July 14.

The tournament format for the 2019 edition will be the same of 1992 edition and will see the 10 best teams -- Afghanistan, Australia, Bangladesh, England, India, New Zealand, Pakistan, South Africa, Sri Lanka and West Indies -- of the world to play each other in a single-league format and with the top four sides after 45 matches progressing to the semi-finals.