Fizz ruled out of T20I series against Afghanistan 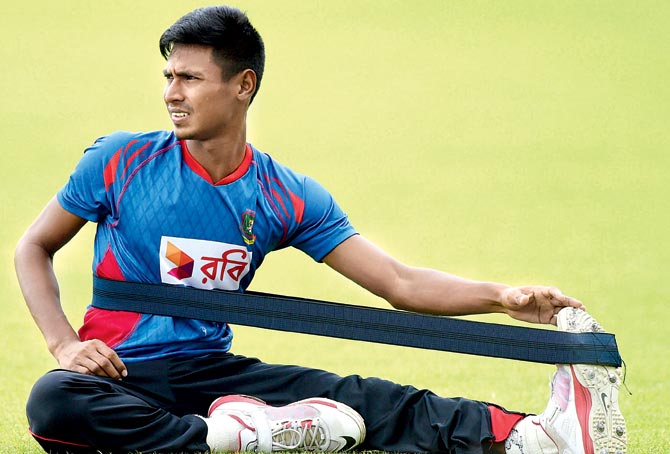 A left foot injury forced Mustafizur Rahman to rule out from Bangladesh's three-match T20I series against Afghanistan scheduled to be played on June 3, 5 and 7 in Dehradundue, India.

The pace bowler has been ruled out from the squad as his injury will take around three to four weeks to recover. His replacement is yet to be announced.

Bangladesh Cricket Board (BCB) senior physician Debashis Chowdhury on Tuesday said, “An x-ray followed by a CT scan confirmed a hairline fracture on the big toe. It takes around three to four weeks to recover from such injuries and therefore he (Fizz) can’t play against Afghanistan. We expect him to start rehab in two weeks after which we will continue to monitor and assess him.”

However, Fizz-less Tigers left home for India on Tuesday morning at 10 am.