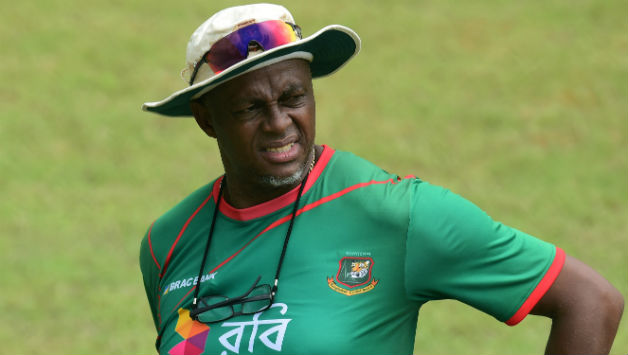 Bangladesh pace bowling coach Courtney Walsh has been appointed as the Tigers’ head coach for the T20 international series against Afghanistan next month, said a BCB press release.

The legendary former Caribbean fast bowler had performed the same role during the Nidahas Trophy tri-nation series in Sri Lanka in March.

Walsh took over the Tigers’ pace bowling coach’s role on September 1, 2016, and is contracted with the BCB until the 2019 World Cup in England. Previously, Walsh worked as a selector for the West Indies Cricket Board for two years.

The Bangladesh head coach’s post has been vacant since Sri Lankan Chandika Hathurusingha resigned in November last year. After that, the BCB took the interview of renowned coaches like Richard Pybus and Phil Simmons but no one was appointed before Bangladesh’s next international fixture.

The Tigers will play three matches against the Afghans, on 3, 5 and 7 June in Dehradun, India.

The Bangladesh team are scheduled to leave for Dehradun on 29 May.