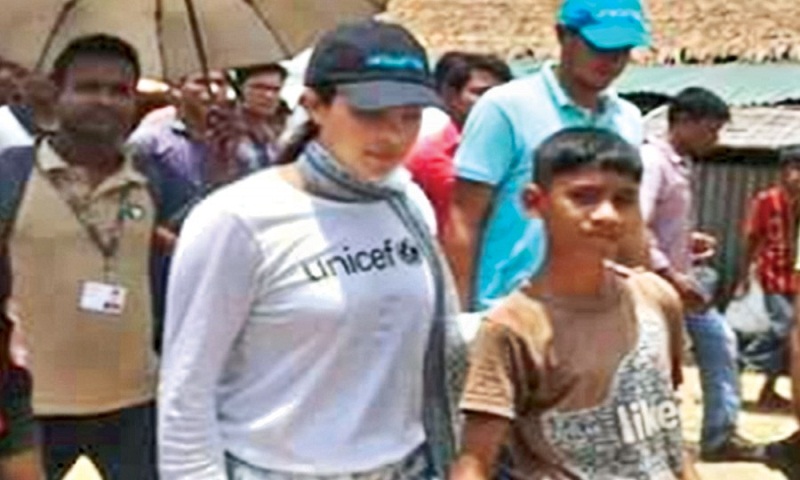 The Bollywood celebrity particularly praised Sheikh Hasina for shouldering the burden of over a million forcibly displaced ethnic minority population of Myanmar during her courtesy call on at the premier's Gonobhaban residence on Thursday.

PM's sister Sheikh Rehana and family members were present during the call on after her three-day visit to the Rohingya camps.

Chopra arrived Bangladesh on Monday on a four-day visit to draw world's attention to the children of displaced Rohingya nationals of Myanmar living in the refugee camps in Cox's Bazar.