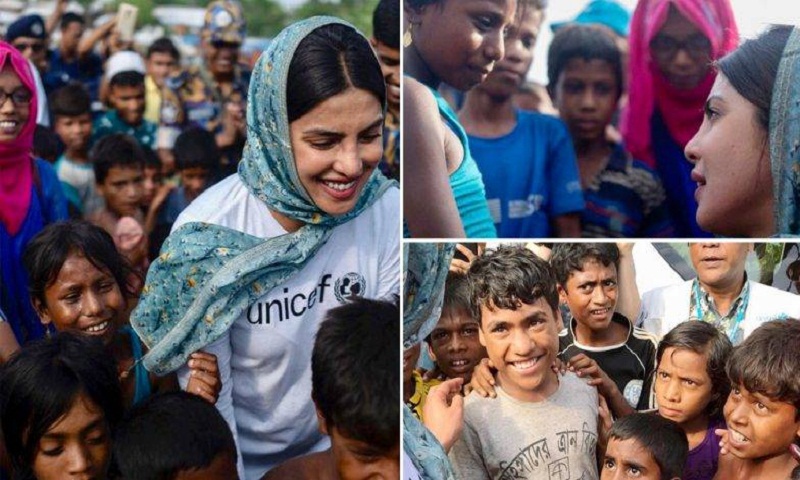 Priyanka Chopra who has visited many countries on the issue of children’s right as a goodwill member of UNICEF, is on a four-day trip to Cox’s Bazar, reports UNB.

“No child deserves a life like this. These children deserve a right to have a future, the right to dream,” she said at a Facebook Live from Ukhia this morning.

The Bollywood diva interacted with the little ones and chatted about how their life was before they came to the camp.

Priyanka posted a few pictures on her social media account which melted hearts of her followers. Along with that, she wrote a beautiful heartwarming caption which read.

“The world needs to care. We need to care. Please lend your support at www.supportunicef.org #ChildrenUprooted @unicef @unicefbangladesh," she wrote on her Facebook wall.

The young actress wishes to do all that she can for the humanity.

Priyanka said all refugee children want to be educated and thanked Bangladesh for ‘incredibly’ opening its doors to so many refugees.

“Now they can at least dream to have education; a five-year-old boy I met made a profound comment saying he wants to be a journalist and tell the world that it’s bad for everyone when countries fight,” she said.

“I get emotional but feel positive to see how happy children are with little they have,” said Priyanka.