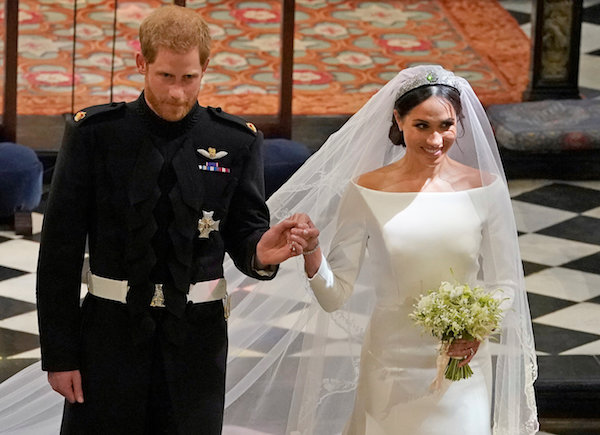 Between 2200 GMT Friday and 2300 GMT Saturday, 6,604,498 tweets were posted worldwide on the royal nuptials, of which 5.2 million bore the hashtag #RoyalWedding, the French firm said.

That compared with 1,821,669 tweets across a similar timeframe for Prince William when he married Kate Middleton back on April 29, 2011 when Twitter, founded in 2006, was in its relative infancy.

The most picked up post was by Lucy Sempey and was retweeted nearly 105,000 times. It was a photograph of Markle outside Buckingham Palace as a teen with the message: "One day you're 15 and posing outside Buckingham palace and 22 years later you're marrying the Prince. Unreal."