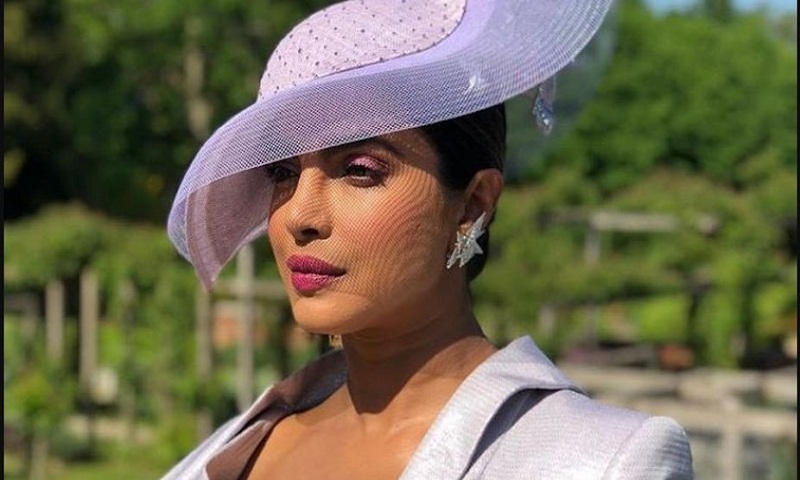 Ever since the news of the royal wedding spread, Bollywood star Priyanka Chopra’s fans were speculating her to be one of the bridesmaids. Though she isn’t a bridesmaid at friend Meghan Markle’s wedding, it is apt to say that she owned the royal look as a guest, The Statesman.

The Quantico star joined the royal wedding at Windsor castle in a lilac skirt paired with a blazer and a stunning hat. Fans have been sharing pictures of the actress on social media as she walks towards the castle.

Though the actress hasn’t shared any pictures from the wedding yet, she gave us a glimpse of her preparation earlier. The 35-year-old actress shared an image of herself along with a group of girls and captioned it: “Pre-wedding SHEnanigans! 12.10 a.m. the morning of…and still waiting for the dress! Fun times, memories.”

On Saturday, actress Meghan Markle married Prince Harry at St George’s Chapel in Windsor. Prince Charles, her father-in-law walked her down the aisle.