Have no right to compete with Salman’s magnitude: Karan Johar 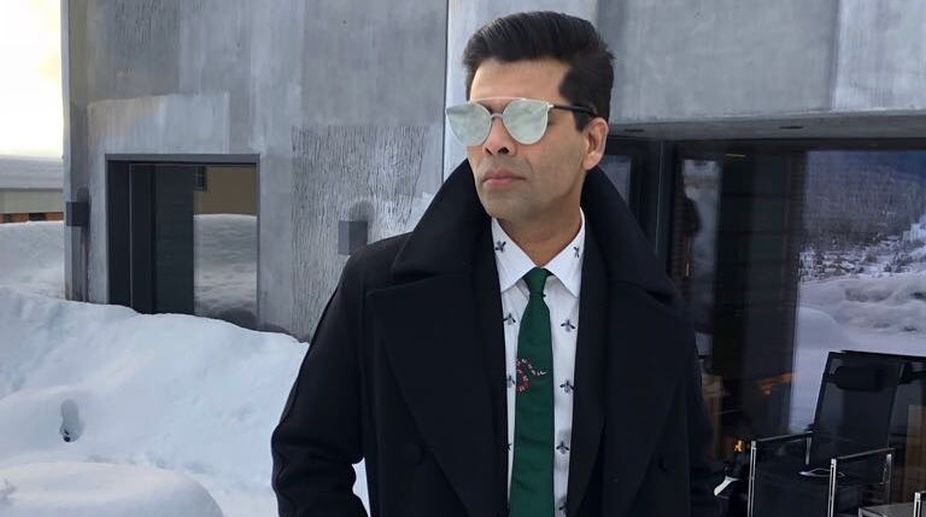 Filmmaker and producer Karan Johar said the makers of Lust Stories have no right to compete with the magnitude of Salman Khan as his forthcoming movie Race 3 which is also releasing on June 15.

Karan Johar, who is gearing up for the release of his upcoming film Lust Stories, said this on Friday while interacting with the media along with Bhumi Pednekar, Sanjay Kapoor, Zoya Akhtar, Jaideep Ahalwat, Dibakar Banerjee, producer Ronnie Screwvala and Ashi Dua at the trailer launch of the movie.

When asked whether Lust Stories has the power and lust to overpower Salman Khan’s Race 3 on June 15, Karan said: “Of course not. Salman Khan is on a different platform. He is the big master of mainstream cinema.”

“We don’t have that ability to fight with Salman or ‘Race 3’. We are actually very happy four filmmakers who have made a tiny little film for which we are grateful to Netflix. We don’t have right to compete with the magnitude of Salman. I probably will go to watch ‘Race 3’ instead of ‘Lust Stories’ on June 15.”

When asked whether Netflix gave him the platform to tell a story the way he wants, Karan said: “I definitely believe that the film is pushing some boundaries but I would be happy to do the same even in films.”

“Just because this film is called ‘Lust Stories’, it doesn’t mean that you can show the overt amount of sex scenes and it has got something that is out there and in your face. All stories in this film are very emotional and deep stories.”

Throwing some light on the concept of the film, he said: “We all know film is called ‘Lust Stories’ so the film is about love and lust. I think it’s exciting that we all decided on this theme together and thought that all directors would have an individual interpretation of love and lust so invariably when you have given choice between love and lust, more sensible people will choose lust only because it’s infinitely more exciting than love is.”

Karan said just like men, even women have the right to seek pleasure.

My film is about seeking pleasure. It’s also about the fact that it’s not just the man’s right to seek pleasure, it’s also a woman’s right.”

Lust Stories includes four short stories; each of them has been directed by Karan Johar, Zoya Akhtar, Dibakar Banerjee and Anurag Kashyap.

The film Lust Stories will release on June 15 on Netflix.