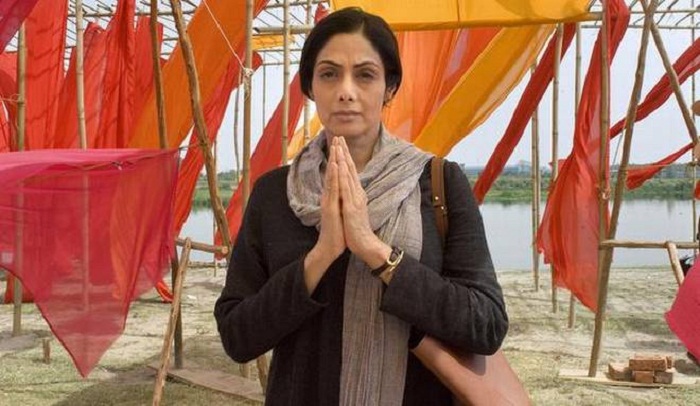 Her husband and daughters received the prize on her behalf.

The superstar's death shocked the Indian film world. Sridevi, as she was known, was 54 when she died during a visit to Dubai to attend a family wedding.

She was found unresponsive in her hotel bathtub.

Initial reports said she had died of a heart attack but police later said it had been "due to accidental drowning following loss of consciousness".

"Sridevi would have been very happy today," her widower Boney Kapoor told Indian media after the awards ceremony. "We miss her, it is a very proud moment at the same time."

He accepted, alongside their daughters, the prize for her performance in revenge thriller Mom. 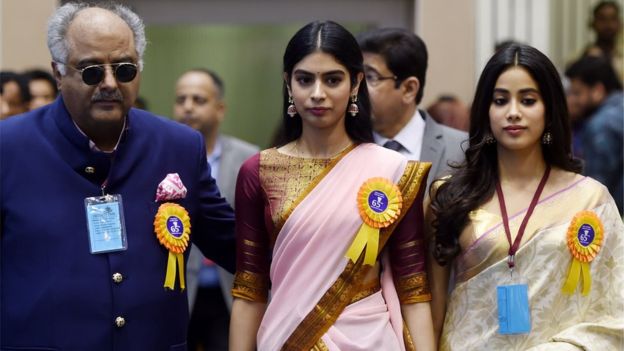 Sridevi had already won six awards for her final role, which was as a vigilante seeking revenge for her step-daughter's gang rape.

Sridevi's daughter Janhvi Kapoor wore one of her saris to the awards ceremony.

The Bollywood star, who began acting at four years old, had featured in 300 films, including classics Mr India, Chandni and ChaalBaaz. She was considered one of the very few Indian female superstars capable of huge box-office success without the support of a male hero.

Thousands of fans, along with stars from the Indian film industry, turned out to pay their respects during her funeral and cremation in Mumbai.