Hindu teacher given 50 days of leave to attend Hajj! 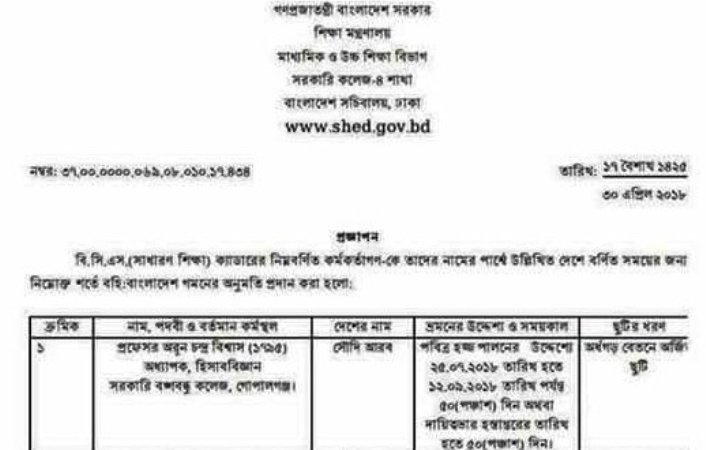 The Ministry of Education has issued a circular granting 50 days leave to Professor Arun Chandra Biswas for performing Hajj in Saudi Arabia.

Widespread criticism ensued after the order was made public on Facebook, with many questioning why or how a Hindu man would ask for or receive leave for Hajj.

The Directorate of Secondary and Higher Education (DSHE) approved the leave via an official order on April 30. The order states that Professor Arun Chandra Biswas, Professor at the Accountancy Department of Government Bangabandhu College in Gopalganj, is eligible for leave for a total of 50 days from the date of handing over his duties at any point between July 25 and November 12.

However, Arun Chandra said that he asked for a 20-day leave from June 1 to June 21 to visit a religious site in India. But he saw the government order on April 30 which says that he has been granted a leave for Hajj.

Arun Chandra said that the Education Ministry made a mistake.

Contacted, Murshida Sharmin, deputy secretary of the ministry, who signed the circular, did not receive any call or respond to any text messages in her cell phone.