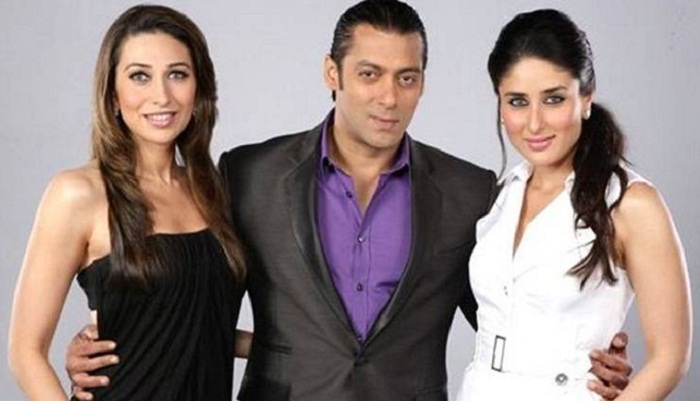 Actor Karisma Kapoor says that superstar Salman Khan, with whom she shares “a very long-standing relationship”, is closer to her than her younger sister Kareena Kapoor Khan.

During an appearance on the show Entertainment ki [email protected] – Limited Edition, she talked about her bond with Salman.

“Salman is closer to me than Kareena. We have shares a very long-standing relationship. For Salman, Kareena is like a little sister and he still considers her to be a child,” Karisma said.

Karisma and Salman were among the 1990s’ favourite on-screen couples, thanks to their films like Andaz Apna Apna, Biwi No.1, Jeet and Judwaa.

And now, the audience likes to watch Salman and Kareena together on the big screen. They have given hits like Bajrangi Bhaijaan and Bodyguard.

Asked what kind of movies she would like to do, the Coolie No. 1 star said: “After starring in all the ‘No.1’ movies, I would like to be a part of Mummy No.1, if anyone makes it. This movie will describe every mother’s role and I will be happy to play a part in it. For now, I share a great bond with my son and daughter. I would like to tell everyone that my daughter and I even share the same clothes now,” she said.

Karisma was last seen in 2012 film Dangerous Ishq and had made an appearance in Bombay Talkies (2013) too as herself. She will also be making a cameo in Shah Rukh Khan starrer Zero along with other actors such as Alia Bhatt, Rani Mukerji and late actor Sridevi among others.