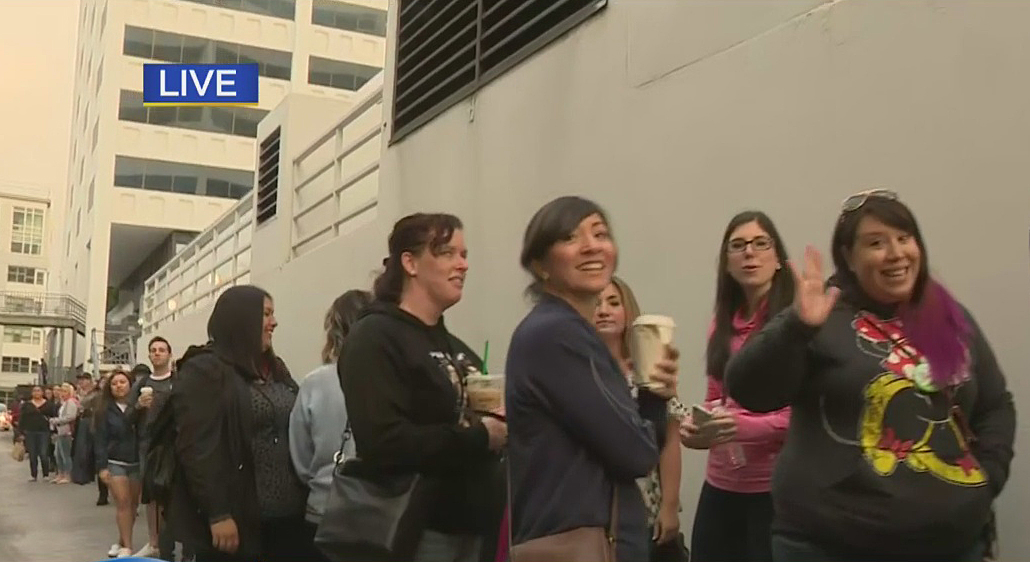 Thousands of fans shut down Hollywood's Walk of Fame Monday as 1990s boy band NSYNC were recognized for a glittering chart run that catapulted Justin Timberlake to pop superstardom.

The heartthrob was joined by bandmates Lance Bass, JC Chasez, Joey Fatone and Chris Kirkpatrick to receive their star on the iconic thoroughfare, watched by talk show hosts Ellen DeGeneres and Carson Daly.

"For all of you who came from far and wide to be here to share this moment with us, thank you so much -- this really means the world to all of us," Timberlake, an accomplished singer and actor yelled out at the screaming crowd.

NSYNC sold more than 70 million records -- 30 million in the US -- with a dozen singles making the Top 40, adult contemporary, dance, Latin, country or R&B charts.

The group are also among the most successful live acts in pop, with the first 52 dates of the "No Strings Attached" world tour selling out in record time.

The next two records, "No Strings Attached" and "Celebrity," topped the US charts in 2000 and 2001, while other memorable singles include "Bye Bye Bye," "Girlfriend" and "It's Gonna Be Me."

NSYNC went on what they described at the time as a "hiatus" in 2002 but have not performed together since -- except for a brief reunion in 2013 when Timberlake received an award at the MTV Video Music Awards.

"We're brothers, we're family, and out of all this, the music, the tours, the love from the fans -- it's my brotherhood with you guys that I'm most thankful for,'' Bass told his bandmates during the ceremony.

Fatone took the opportunity to joke about Timberlake's comparative superstardom compared to the rest of the group, saying, "You can also see me performing at Chuck E. Cheese next week."