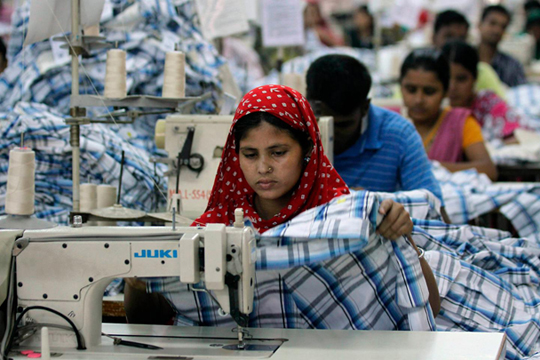 1st May is celebrated as a day for the workers of the world. Every year it reminds of the fact that they are humans, not machines, and they cannot be forced to work for hours.  This day is observed almost everywhere in the world to commemorate the Haymarket affair of Chicago in 1886 in which workers laid down their lives for a legitimate cause.

On May 4, 1886 policemen opened fired on the crowd following a bomb explosion at the Haymarket square. This day’s gathering was, in fact, a continuation of peaceful movement that had started on May 1.

However, the said explosion wounded 67 policemen, of whom 7 died. And, the police firing killed several men and wounded 200, and the Haymarket Tragedy became a part of US history. In 1889, the International Socialist Conference declared that, in remembrance of the Haymarket affair, May 1 would be an international holiday for labour which is now known in many places as International Workers’ Day. Though this day is celebrated with joy around the world, workers rights have not been ensured at many places in the world.

Great Prophet of Islam Hazrat Muhammad (PBUH) instructed to the employers to pay off the workers before their sweat gets dried. In his instruction, the dignity of labour has been upheld exquisitely. In many societies, dignity of labour is in place and no job is generally undermined there. Though there are subtle discrimination even in such societies in giving due honour to all sorts of jobs, dignity of labour is by and large present there. That is why people do not feel shy or low while performing whatever their assigned or chosen jobs or duties are.

However, in societies such as ours, things are not yet that positive. Many jobs are somewhat despised in our societies. The discrepancy between white collar and blue collar jobs is still flagrant here. Though blue collar jobs entail serious manual labour, they are not well-paid ones. A differentiation between white collar and blue collar jobs is a necessity for many purposes. However, sharp distinction between the two in terms of salary and work structure is not wholesome for an enabling environment in the workplace.

Workers in many organisations are ill-paid in the country. At times, they turn to streets to press home their demands for pay increase. It is true that the owners need profit for sustaining their businesses. However, the workers should be given due wages so that they can maintain their families. In our country, pay-rise becomes handy for the upper-level employees most of the time. The percentage of pay-rise for lower-level employees is generally low. Therefore, standard of their living remains as low as usual.

Even general people have a tendency to bargain hard with the ones who rely on manual labour. Take the case of the rickshaw-pullers. They are definitely engaged in a job that requires great physical efforts. The passengers remain seated and enjoy the surroundings. However, the rickshaw-pullers pull the rickshaws with all their might. While paying them, however, many people tend to strike a hard bargain even for a few pennies. Yes, many people are penny wise and pound foolish with people whose nature of job is excruciating. The case of day labourers is worse. The extent and intensity of their labour is also tremendous.

However, their wage is hardly commensurate with their hard work. The bigger problem for them is that they have to struggle even for getting a job every day. At times, they even have to remain unfed with their families because of no jobs. Though this is more an employment issue, it has bearing upon the dignity of labour as their labour is redundant in such cases. The government, however, comes to the rescue of some day-labourers in villages through programmes like food for works programmes.

Another burning issue is the pay discrimination between men and women. Female labourers are still paid less than their male counterparts in many cases. The excuse on the part of some people is that women can work less than men and as such their payment should be lesser. This kind of tactic on the part of such employers serves two purposes for them. The first one is that they get labour at a cheaper rate and the second one is that they get less complaints as women are less likely to complain or demand a better pay.

The case of housemaids is perhaps worst in the country. Due to proliferation of garments industry, however, the number of housemaids has come down sharply. It is indeed a very good sign. Girls and women prefer jobs in garments to household chores in houses as the former is more prestigious for them. Garments industry has opened up an excellent avenue for the working women. In fact, working women have become great assets for our garments industry. On a comparative basis, the garments owners and the country are being benefited more than the women.

It is true that a section of the society wallows in happiness and the other section remains engaged in strenuous physical labour. The comfort and luxury of the former depend heavily upon the hard work of the latter. However, the affluent ones are not always ready to recognise the contributions of the people who are exhausting themselves for catering the needs and pleasures of the well-off people. What will happen if the labourers decide to discontinue their services which they are now providing at a very reasonable, or rather, cheap rate?

However, the positive development of the time is that an attitudinal change is beginning to flourish. People are now coming home to the fact that all types of labour are to be given due respect for a more prosperous and peaceful society. The historic May Day gives us the hope that all kinds of discrimination in terms of dignity of labour and pay will soon be over. In fact, that is bound to happen to maintain the equilibrium in the society.

The writer is a professor at Department of Public Administration, Chittagong University. E-mail: [email protected]