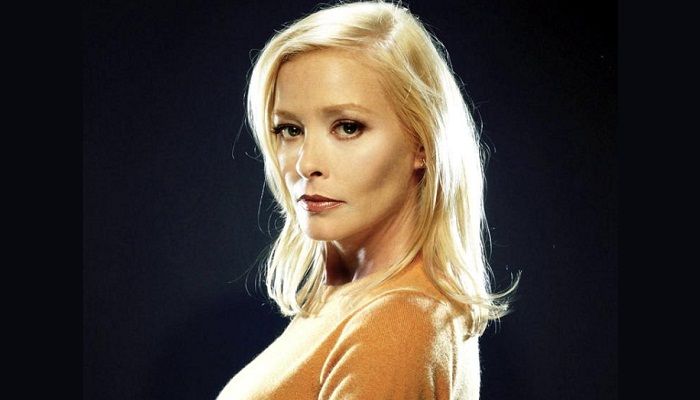 US actress Pamela Gidley, best known for her role as Teresa Banks, the murder victim in the Twin Peaks prequel Fire Walk With Me, has died aged 52.

She passed away "peacefully" at her home in Seabrook, New Hampshire, on 16 April, an obituary released by her family confirmed on Sunday.

A cause of death has not been made public.

Gidley, a former child model, was named the "Most Beautiful Girl in the World" by Wilhelmina Modeling Agency in 1985.

She transitioned into acting a year later, appearing alongside Josh Brolin and future Twin Peaks co-star Sherilyn Fenn in Thrashin'.

"A spitfire, and a truly funny person", he added.

Born in Methuen, Massachusetts, Gidley studied at the Stella Adler Studio of Acting in New York, before moving to Los Angeles.

Her portrayal as troubled teenager Banks in the 1992 big-screen prequel to director David Lynch's revived cult TV series proved to be her breakthrough.

The character, an underage prostitute, was ultimately murdered at the hands of corrupt attorney Leland Palmer, played by Ray Wise.

Bank's corpse, found wrapped in plastic with a letter "T" under her ring fingernail, led authorities to believe that her murder and that of the character, Laura Palmer, a year later were connected.

Role of a lifetime

In a 2016 Twin Peaks interview, Gidley explained Lynch had personally approached her for the role, despite the fact she was shooting The Crew in the Caribbean at the time.

"He offered me that role, and so there was a conflict of interest", she said.

"David wanted me so much for the character that he guaranteed the other film that he would pay all flights and all insurance.

"I was literally going from the Bahamas to Seattle, from Seattle to the Bahamas, almost every other 10 days…That to me was like, 'Wow, you want me that bad?' Holy Christ. I can't imagine anyone wanted me that bad."

Gidley went on to appear in both TV and movies, including cult science-fiction classic Cherry 2000 and the CBS drama series, Angel Street.

She is survived by her mother, Phyllis; brothers Glenn, Daniel and Brian; sister-in-law Darlene; and nephews and nieces Adam, Keegan, Erica and Alexis.