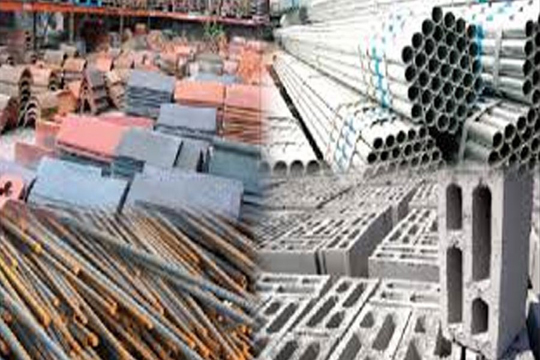 A sweet little home assures the inner tranquillity that a human being craves most for the well-being of his/her whole self. A human being without shelter is undeniably the most helpless person in the sense that he/she hardly finds any solace or comfort at the end of all struggles of the day.

Though traditionally placed third in the order of precedence of basic necessities, in application the cosy intimacies of home asserts the most dominating influence in bringing out all the latent potentialities of a human being.

Making a small living corner within a decent budget with the savings over the years is increasingly becoming a dream rather than a reality. Particularly, the middle and the lower income bracketed people are manifestly losing the affordability of even thinking of planning out for a modestly concrete living structure for a secure family anchor, let alone a multi-storied one. It is the unbridled upward trend of building materials like MS rod and Portland cement that virtually acts as obvious disincentive for millions of shelter aspiring homeless people.

All sorts of building materials are now being sold at exorbitantly high prices right before the eyes of the monitoring authorities. The most common building materials like MS rods and cement are now being sold at Tk.72,000 to Tk.73,000 per 1,000 kilograms and Tk.490 to Tk.550 per bag respectively. The present price sounds outrageously offensive once we compare it to the ones just before a month and a half ago. Raw materials for manufacturing these two building products are directly imported from the overseas market and that nothing unusual has happened overnight in the international markets though as per the claim of the manufacturers the import cost of the raw materials of MS rods has increased by Tk. 13,590 per tonne, the authenticity of which is yet to be proved.

A tripartite meeting held on last Sunday at the ministry of commerce conference room ended without any meaningful outcome and the commerce minister frustratingly mentioned that the case is very difficult and he referred it to the finance minister AMA Muhit for disposal. At that meeting the leaders of the construction industry outright rejected the claim of the manufacturers as totally unacceptable. Of course, there is logic behind the price hike because of the government’s imposition of the 15 per cent VAT on construction materials. However, the abnormally galloping rise of the construction material prices is, in no way, acceptable.

In the overpopulated demographical context and acute housing problem of the middle, lower-middle and lower income bracketed people, the abnormally high price of the construction materials will undeniably discourage and dissuade the potential builders from embarking upon even a small-scale housing project for themselves. In a similar fashion, once the purchasing budget of the limited income bracketed people who constitute the bulk of the buyers falls short of the net selling price of the developers, the result is a catastrophic slide in the housing industry.

When the government and the construction firms are claiming that the present price of the building materials are quite unreasonable, the audacity of the millers and the manufacturers can hardly be accepted. Their illogical claim of price hike of the raw materials is no longer tenable since the statistics show that price rise is so negligible that if ignored the manufacturers will still have profits on their products. When the initiative of price cutting effort gets stalemated in the negating table, we usually smell a rat in the whole process. Either the government has been convinced of the lame excuse of the manufacturers or the manufacturers themselves have a strong political clout in the inner circle of the government.

How long will the people of Bangladesh be the victims of price hike of the essential commodities? The answer is as long as the government wants it to continue. Instead of addressing the issue of ensuring the highest common good of the overwhelming majority of the tax-payers, the government seems to be giving importance to a handful of elite manufacturers. It is unbefitting for the government of the People’s Republic. When a simple negotiable issue moves from one ministry to another ministry, the efficiency, dedication and the commitment of the authorities concerned automatically comes under fire.

It is not the people’s responsibility to break the deadlock but it is the serious concern of the affected people that they are purchasing building materials at abnormally unreasonable prices for quite a long time. There are concerned monitoring and controlling authorities as well as departments and ministries to look into the matter as quickly as possible. However, it is a reality that people are yet to be helped out of the impasse in which they have been stranded.

Whatever you may call this manifestation of immunity of a small section of people it does not matter but you cannot call this phenomenon as the governance of accountability to the people. Once the authorities concerned assigned for a particular responsibility fail to address an issue of topmost mass interest, it is obviously the entire government that is the final authority to answer to the people.