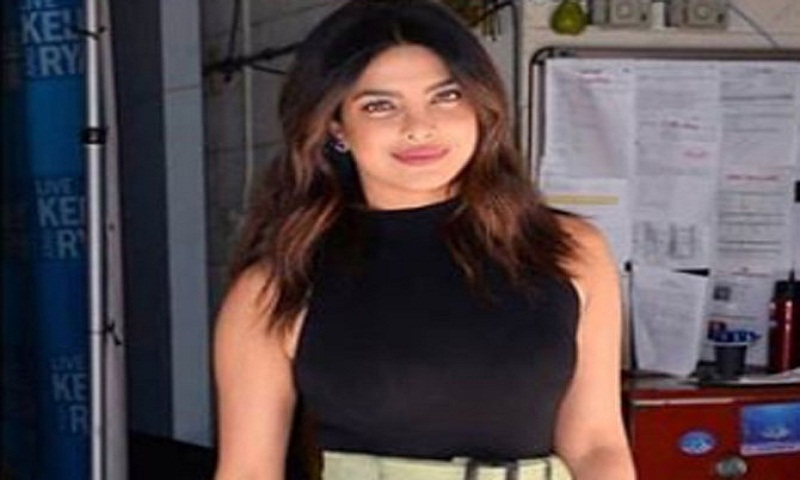 India's very own Priyanka Chopra has been a trailblazer in every sense of the word – From capturing hearts in America to being a global philanthropic icon, the superstar made inroads into Hollywood, while continuing to remain one of the most loved names on home turf. It's no wonder then that Priyanka Chopra emerged on the numero uno spot on the Score Trends India chart.

Priyanka Chopra took a gigantic jump of 42.62 points in the second week of April (as per the data extracted on April 19) to gain 87.43 points, elbowing out the other names by a huge margin.

These statistics are authenticated and researched by the US-based media tech startup Score Trends India.

While Priyanka has always been in the news for her consistent achievements both in the West and in India, the announcement of her being cast in Bharat opposite megastar Salman Khan who is consistently on top of Score Trend India Charts in the male star category created a humongous buzz across various social platforms.

Said Ashwani Kaul, co-founder of Score Trends, "Priyanka has a strong social hold and has been trending in all platforms including Twitter, FaceBook,  Digital News, Broadcast, Viral News and print making her the most popular celebrity with 87.43 points.We collect data from over 600 news sources across 14 languages in India to analyse the media. These include Facebook, Twitter, print publications, viral news on social media, broadcast and digital platforms. Various sophisticated algorithms then help us to process this massive amount of data and arrive at the scores and rankings of Bollywood stars".