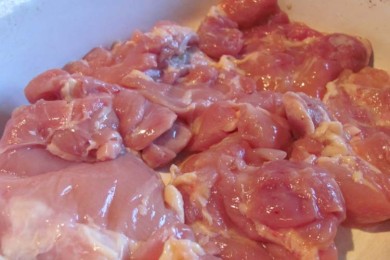 Around 20 tonnes of rotten meat meant to be supplied to restaurants in and around the city, have been seized by the police from several areas in Kolkata and the neighbouring North 24 Parganas district.

One thousand meat packets weighing 20 kg each were seized from a cold storage at Narkeldanga area of the city by the Kolkata police and Diamond Harbour police of South 24 Parganas district late on Thursday night following a tip-off, a senior official of the state police said.

Raids were also conducted in places like Tangra in the city and Kankinara in North 24 Parganaas district. Nine persons, including one from Bihar, have been arrested for their alleged involvement in supplying meat of dead animals to different restaurants, the police official said.

"While six persons were arrested last night, three others including the main accused, who is a resident of Bihar's Nawada district, were arrested this morning," Diamond Harbour police district Superintendent of Police Koteswara Rao Nalavath told PTI.

"As per the main accused's admission and prima facie, the packaged meat was that of dead animals meant to be supplied to restaurants in these areas," he said.

"We have arrested the entire gang involved in this crime. A couple of others who may be associated with the gang are absconding, but we will arrest them soon," Rao said.

The state police is examining the seized meat, he said.

Rao said that the accused persons reportedly used to collect carcasses from different places in and around the city and its surrounding districts, and processed it before supplying it in packets to different restaurants.

"We are trying to find out to which restaurants they were supplying. That could lead us to a major breakthrough," he said.

The matter came to light when two persons were arrested by the South 24 Parganas district police last week for their alleged involvement in supplying meat of dead animals to eateries.

The two were nabbed by locals when they were carrying the meat carved from the carcasses left in a dumping ground in Budge Budge area in neighbouring South 24 Parganas district.