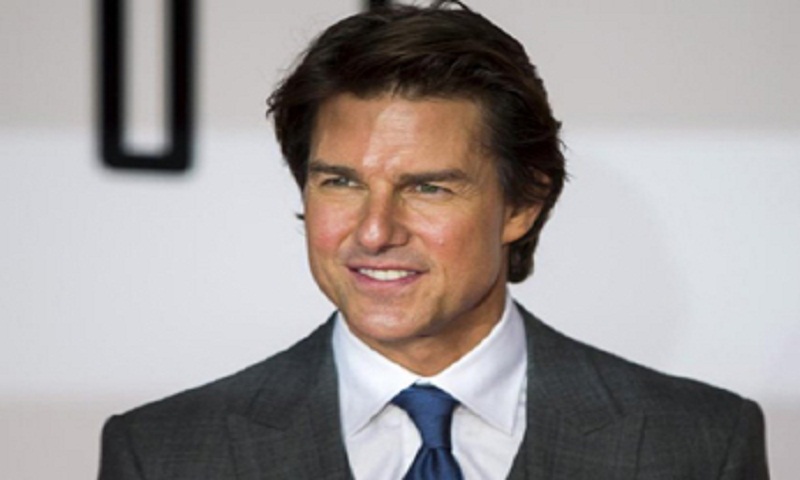 Tom Cruise regaled CinemaCon Wednesday with a demonstration of his renowned stuntman skills, as Paramount Pictures led the showcase of its upcoming movies with a preview of "Mission: Impossible - Fallout."

Appearing on stage with Christopher McQuarrie, who returned to direct the sixth movie in the long-running spy franchise, Cruise took up the last half- hour to explain the movie's marquee stunt.

The scene -- replayed from several angles for the CinemaCon crowd in Las Vegas -- involved a 220 mile-an-hour (340 kph) "halo" ("high altitude, low open") skydive during which he grabs Henry Cavill's character in mid-air.

Cruise, a 55-year-old veteran of more than 50 movies, simulates going into a spin when he is hit by lightning almost immediately after leaping out of his plane at around 30,000 feet (9,000 meters).

"This movie, it is without a doubt the most epic 'Mission' that we've made and it's a film that is adventurous, it's emotional, and it's really cutting- edge," Cruise told AFP backstage at Caesar's Palace.

Cruise, who is admired for performing his own increasingly ambitious stunts, said it took 106 jumps to get the three takes required, filmed partly by a cameraman falling backward out of the plane so he could keep the star's face in the shot, no more than a few inches away.

Cruise and McQuarrie treated the crowd of convention-goers at Caesar's Palace in Las Vegas -- mostly theater operators -- to a 15-minute action sequence which many entertainment writers agreed was the best footage they'd seen this year at CinemaCon.

This included an eye watering chase through the narrow streets of Paris involving a prison truck which plunges into the Seine, a further pursuit on motorbikes and a speedboat escape.

"You're gonna see, in Paris, how beautiful the city is. I mean, Paris is a city of cinema," Cruise told AFP.

"The ability to be able to make that film in that city, and the help that we were given enabled sequences that are just beautiful."

Cavill, best known for playing Superman in the DC Extended Universe movies distributed by Warner Bros., explained what it was like to be a passenger in a helicopter with Cruise at the helm.

He raised a big laugh when recalled how Cruise had flown him home at the end of a day of filming, and that he had fantasized he was Cruise's "wing man" in perhaps his most iconic film, "Top Gun" (1986).

"Obviously, my life was in Tom's hands when he was flying," the 34-year-old British actor told AFP on the sidelines of the presentation.

"He is an exceptional pilot and it's that kind of level. He's really doing this and I'm really sitting in the back. So when people are watching it, they know that all it will take is one little slip and we're all gone."

British comic actor Simon Pegg, who plays ship's engineer Scotty in J.J. Abrams's "Star Trek" movies, has been a major part of the "Mission: Impossible" franchise since the third film, 12 years ago.

"J.J. Abrams saw 'Shaun of the Dead,' our little British indie horror comedy and liked it and, as he does, said, 'I'd like to work with him -- I'll call him," Pegg recalled.

The pair bonded, leading to Pegg's starring role in all of the subsequent "Star Trek" and "Mission Impossible" movies, some directed and all produced by Abrams.