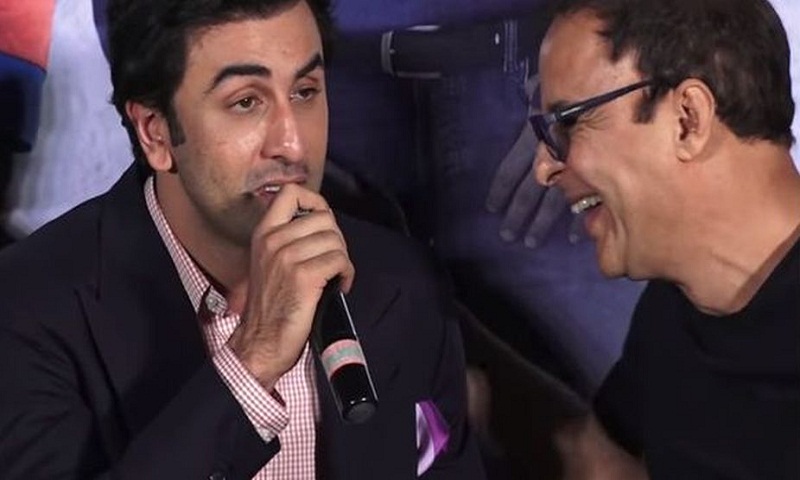 We were yet to digest the bizarre statement of choreographer Saroj Khan on the casting couch when Ranbir Kapoor just evoked laughter with his comment on the issue. During the teaser launch of his upcoming film Sanju, based on Sanjay Dutt’s life, the actor was asked about his views on the casting couch.

When a journalist asked Ranbir to comment on Saroj Khan’s statement he quipped, “I have never faced it. If it’s there, it’s the worst kind.” His comment cracked up director Vidhu Vinod Chopra and Rajkumar Hirani who were present at the press conference.

At a press conference on Monday,  Saroj Khan said casting couch had been there for ages, and that it provided people livelihood in exchange for it. She even said Bollywood doesn’t abandon (girls) after raping them.

After facing a backlash for such a bizarre justification, the three-time National award-winning choreographer apologised.

Bankrolled by Vinod Chopra Films and Rajkumar Hirani Films, the Dutt biopic is to be released on 29 June 2018.