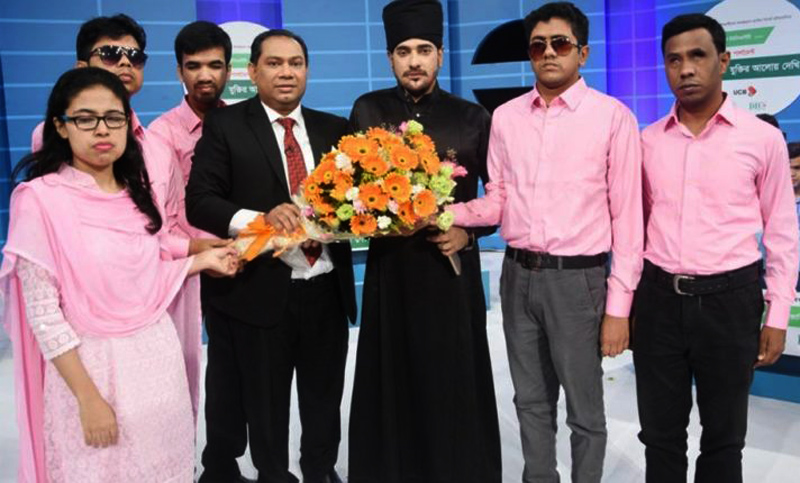 Actor-businessman Ananta Jalil has announced that he will stand by five vision-impaired students of different universities of the country by employing them in his businesses.

He came up with the announcement on Tuesday while inaugurating national a debating competition for vision-impaired students. Debate for Democracy organised the event titled ‘Seeing through the light of logic’ at BFDC in the capital .

The successful businessman and producer said, “Vision impaired students boast the same such wisdom, talent and intellect that other normal people don’t.”

He urged the well-off people of the society to come forward alongside the government to take the blind people in the mainstream of development.

The chairman of the ‘Debate for Democracy’ Hasan Ahmed Chowdhury said, “The mental faculty of vision-impaired students can flourish completely if the solvent people of the society stand by them.”

Earlier in the last week, the former actor took responsibilities of the two younger brothers of Rajib Hossain, a college student who died following a road accident in Dhaka.