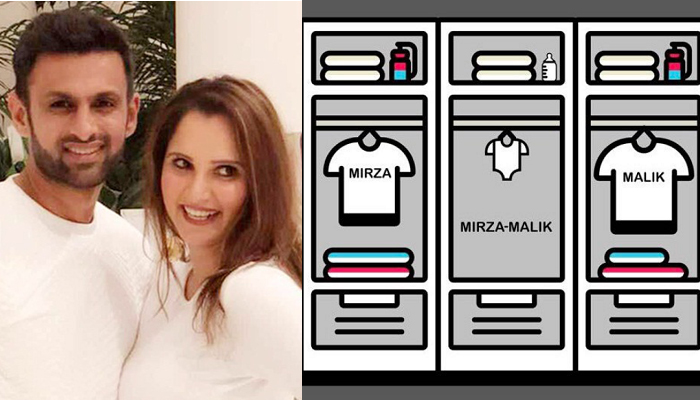 Grand Slam-winning Indian tennis star Sania Mirza on Monday announced she is pregnant, describing herself as "ecstatic" but giving no indication whether she would retire from the sport.

Mirza and her husband, former Pakistan cricket captain Shoaib Malik, posted a picture on their Twitter accounts of a baby vest and a feeding bottle between two T-shirts bearing their names.

It was accompanied by the hashtag #BabyMirzaMalik. Bollywood actor Aamir Khan tweeted back his "congratulations".

The baby is due in October, the tennis star's father and coach Imran Mirza told the Press Trust of India news agency.

"We are soon to become parents," Sania Mirza said in a statement released by a family friend.

"Having thought about it for a while, we both felt right now is the correct time to start a family. When we found out, we were ecstatic and couldn't wait to give out this news to our fans and well-wishers.

"We are very excited to enter this new phase of our lives and look forward to our journey as parents," she added.

The three-time Grand Slam doubles winner had said earlier this month that any child she had would bear the Mirza-Malik surname and that Shoaib wanted a daughter.

The 31-year-old has been sidelined since October with a knee injury. She has slipped from number one in the world doubles ranking -- the first for an Indian woman -- to 24.

She said at the start of the year that she wanted to return for the French Open in May.

Mirza has won at least one medal at every Asian Games since 2006 and had also expressed hope of competing in this year's event in Indonesia in August.

Mirza in 2005 became the first Indian to win a WTA tournament singles title. She reached the fourth round of the US Open in the same year, and by 2007 was among the women's top 30.

But a wrist injury ended her singles dream and she focused on doubles tennis. A partnership with Swiss great Martina Hingis produced three Grand Slam titles.