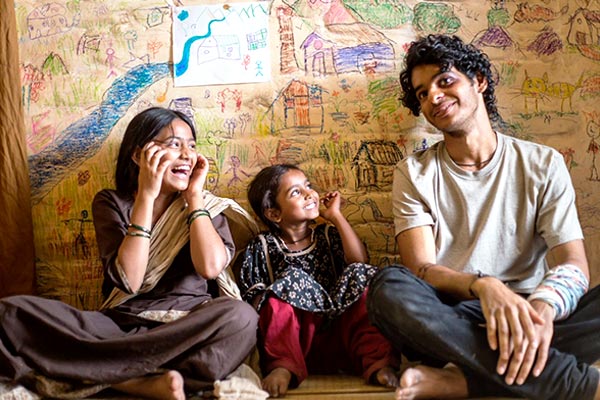 The famous Iranian director Majid Majidi’s debut Indian movie 'Beyond the Clouds' is going to be released on Friday in India.

The special screening of the film was held at Jio MAMI Mumbai Film Festival India on April 16 as part of the promotion of the film, a year after Majidi began the journey with India’s movie with a shot of the film at Mumbai's Mukesh Mills.

The trailer of the Iranian director Majid Majidi’s first Indian movie was launched on January 29 this year.

The movie, largely in Hindi with a few dialogues in English and Tamil, was scheduled for release on March 23 initially while the announcement was made on 23 January 2017 that it would be shot in India with an Indian cast.

Mentioning it as a film about compassion, empathy and humanity, renowned Iranian filmmaker Majid Majidi believes that language is never a barrier for cinematic expression, according to his post on the facebook page.