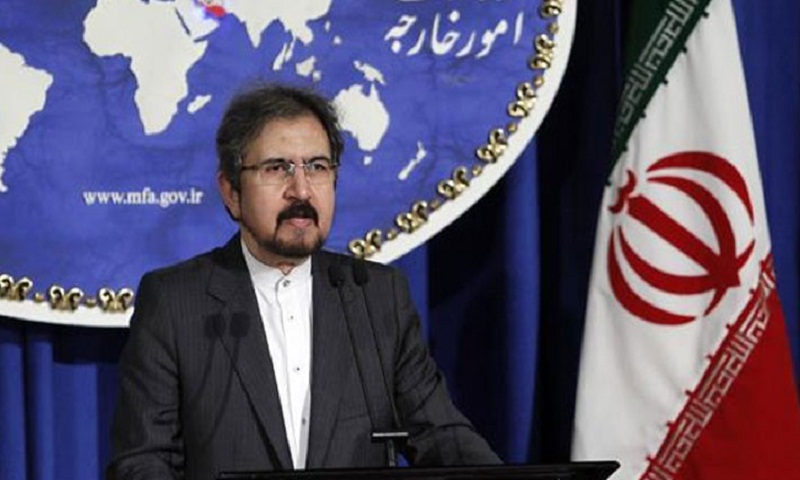 The overarching pretension of America is that it believes itself to be the final telomere of every human society. It believes, in the words of a US military officer in Stanley Kubrick's macabre masterpiece "Full Metal Jacket" that: "inside every gook is an American trying to get out." Gook here, of course, being a placeholder for any non-American Identity.

This pretension to being the universal destiny of human society is not an accidental facet of American Identity; rather it is the basis of it. Without this prime symbol with which to frame the American symbolic order, American Identity itself disappears. This much has been admitted by many. Internationally famed columnist Roger Cohen has made this acute observation, "America is an idea. Strip freedom, human rights, democracy and the rule of law from what the United States represents to the world and America itself is gutted." But these are the ornaments of power with which they adorn their mythical being. So, it is down to America and it is down to everywhere.

American White House is now an abode of neo-mythos under the presidency of Donald Trump with a newfangled government activity. It gibes in definite but not specified or identified paths. It has, rather, chartered a shape of authoritative political orientation of Germany and Italy of Hitler, Mussolini… which the world witnessed during their regimes, but with respect to history trenchant lineaments finicky to the governmental economic system and acculturation of America in this century. This neo-mythos portrays the character or the qualities or peculiarities of the president and his snuggest advisors, and some of the principal corpuses in his cabinet. From a fuller sociological point of view, it reflects the electoral bases, class constituencies and alignments, and racist, fraid doctrines that has brought Donald Trump into authority. Neo-mythos dissertation and political praxis are nowadays evident on a regular basis in blistering assaults on the racially oppressed, immigrants, women, environmentalists, and workers. These have been companioned by a corroborated crusade to bring the judicatory, governmental employees, the military, spy agencies, and the press into line with this novel mythos and political realism. Trump’s veiled missile strikes in Syria on 14th April 2018 have pointed to the same direction.

Some say the details of the Trump hagiography don’t matter, that his policies may be up for discussion but his can-do bona fides are not - they are a given, unquestioned and unquestionable. They add that the foibles and quibbles have all been brought up in the past and they do not stick; he is a guy who knows how to get things done in a colossal way, and that’s all that counts, forget the other stuff. The fascists expect to find shortcuts around the chaos of humans acting freely together. But even in the autonomous council such ideologies recur, seeking always to restore some natural hierarchy. The White House’s “America First” policy, unfurled in Trump’s inaugural address, with its characteristically fascist rebirth form of ultra-nationalism is not aimed at domination of Europe and ME countries, as in Nazi Germany, but in restoring to US primacy over the entire world, leading to the potentially deadliest phase of imperialism. If the White House is now best described, as neo-fascist in its leanings, this does not extend to the entire US state.

Congress, the courts, the civil bureaucracy, the military, the state and local governments, and what is often called, after Louis Althusser, the “ideological state apparatus”—including the media and educational institutions—would need to be brought into line before a fully neo-fascist state could operate on its own violent terms. There is no doubt that liberal or capitalist democracy in the United States is now endangered. At the level of the political system as a whole, as political scientist Richard Falk has put it, in a “pre-fascist moment.” At the same time, the bases still exist within the state and civil society for organised and legal resistance.

Donald Trump must be one of the most widely and fiercely lampooned people of all time; indeed, his entire life can be seen as a one-man war of attrition against the forces of irony. His fortunes are not damaged by it. In fact, it is a war he keeps winning. Trump has a lot of fragile pride, but no shame. His campaign for president invited what must have been the largest onslaught of parodies, sketches, punch lines, unflattering cartoons and disparaging limericks that has ever been unleashed against a single individual. It had zero effect. In spite of it all, he managed to win. But they are all things to resist. Jack London reminds us these words, “There is a shadow of something colossal and menacing that even now is beginning to fall across the land. Call it the shadow of an oligarchy, if you will; it is the nearest I dare approximate it. What its nature may be I refuse to imagine. But what I wanted to say was this: You are in a perilous position.”

Trump’s savage military attack in Syria on last Saturday and his exculpated and assoiled action mechanisms have exposed that he has powerful pretensions to be a rogue leader right now, signalling to the world that no matter the concerns about his presidency, he has the right to use US military power in any sovereign and independent country across the globe according to his free-will. His dictum, “It’s against this backdrop that the president should be going out of his way to reassure the public and the world that his principal focus is on the national security interests of the United States and its allies, and the broader goal of peace and stability in the region” is nothing but a sheer lie. The attack is a blatant violation of international laws. It has also snubbed Syria’s sovereignty. It is vital to understand that fascism is not in any sense a mere political aberration or anomaly, but has historically been one of two major modes of political management adopted by ruling classes in the advanced capitalist states like USA…

Russia and Iran have condemned the attacks. Russian President Putin called the strikes as an act of aggression. Russia has pointed out, “A pre-designed scenario is being implemented. Again, we are being threatened. We warned that such actions will not be left without consequences. All responsibility for them rests with Washington, London and Paris.” Trump’s bodacious annunciation, “mission accomplished” is evil and despicable. He acted as a monster. The Syrian people have suffered terribly. Using of chemical weapons must be stopped. Terrorism under the veiled cover of religion must be fought valorously to reduce it to ashes.

Trump is not in control; The Deep State and the military industrial Complex are running the circus. USA does not want to protect Syria from chemical weapons; it is an excuse to steal its oil. We should not care about going easy on people that cheer for death. We have built this world, it is time we stop pussyfooting around so people can keep their illusions. You and I only have what we have because America’s capitalist imperialist state killed and looted others. People all around the world should raise their hard voices in unison that no co-lateral damage to innocent civilians happens anywhere in the world.

After the Second World War, America’s abominable bullyragging into the internal affairs of independent and sovereign states across the world has been going on at full strength or intensity. This is quite unbearable and irremissible. The flunkies like Britain and France have joined this military strike on Syria as stooges of USA. They and their big brother, America, are bringing about unspeakable human disasters in Syria and elsewhere in the world. Sometimes I think that Newton's Third Law, “For every action, there is an equal and opposite reaction” stands as grossly faulty, at least, in case of America. As a matter of fact, the dirty truth is Trump can’t be trusted. A rogue man’s brandish to dictate the world-shattering! The world should be united in its disgust for any use of further military strikes by America in any other countries. Today it is clear that the future order of society is in the grassroots, but the soil and sunlight are still up for grabs.

The writer is a senior citizen.