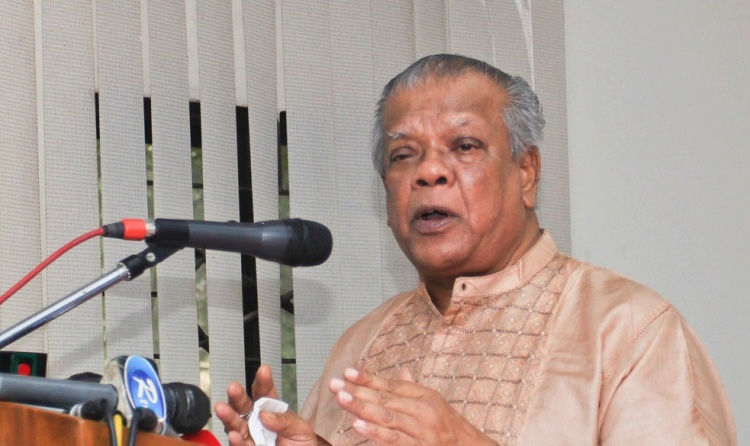 Industries Minister Amir Hossain Amu on Saturday said the government is going to approve a Tk 1000-crore project in a month for the development of the country’s small and cottage industries.

“Bangladesh Small and Cottage Industries Corporation (BSCIC) will implement the project which will change the present scenario of the sector,” he said while inaugurating a 10-day 'Baishakhi Mela' on the Bangla Academy premises, reports UNB.

Amu said this fair will work to brand and create new market for the small and cottage industries at grassroots level. Besides, it will work as a platform for the entrepreneurs to establish a linkage among them to develop the quality of their products.

"There’re around 1.25 lakh small and 8 lakh cottage industries in the country which have created employment opportunities for 38 lakh people. Alongside, some 10 lakh SME entrepreneurs have been sprouted across the country,” he said.

The minister also said the SME sector contributes 23 percent to the GDP and accounts for 80 percent employment among all industries while the contribution of the whole industry sector to the GDP is more than 32.

Some 232 stalls were set up at the fair for the display of products from different areas of Bangladesh.

The fair will continue from 10am to 9pm every day till April 23.

A total of nine awards were distributed among 10 winners who contributed to the development of small and cottage industries.