Sun, surf, sand are a setting for innovation on Gold Coast 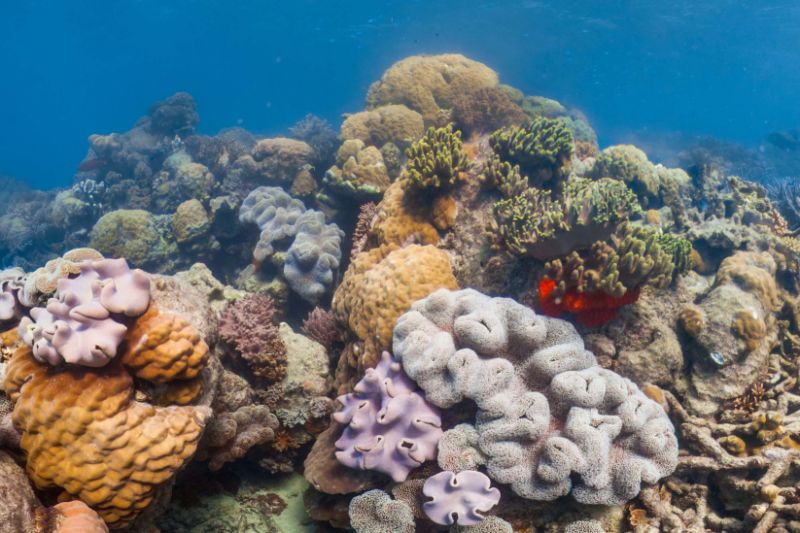 For people at the Commonwealth Games, the opening ceremony was like catching up with a dear old friend celebrating a 21st birthday.

And what a party it is was when the 21st edition of the games kicked off at Carrara Stadium on the Gold Coast, where sun, surf and sand were an important part of the theme.

Beyond the iconic red and yellow of the surf-lifesavers and miles of world-class sandy beaches, the Gold Coast is a city bursting with innovative people and ideas.

Here are just a few:

VERY VIRTUAL: What started as an educational project to help save the Great Barrier Reef has grown into a virtual tour of the world's deep blue.

Welcome to Google Ocean Street View, which allows users to explore some of the oceans that cover 70 percent of the Earth's surface — all without putting on a bathing suit.

The underwater footage gives viewers a 360-degree look at dolphins, coral nurseries and even shipwrecks — and people love the images so much the company behind the imagery has received more than 600 million online hits.

And that company, Panedia, is on the Gold Coast.

Aaron Spence started it in 2006 and six years ago he brought in Carlos Chegado, an expert in virtual reality photography.

Spence worked with Chegado in developing underwater rigs and lenses that could withstand ocean pressure and be used for 360-degree photography and videography underwater.

"This is the most ambitious aquatic project in the world ... and it is exciting for me to be part of a project that is so important for all of humanity," Chegado said. "The ocean is the earth's life support system but it is changing at a rapid rate due to climate change, pollution and over fishing.

"But we also want to celebrate the beauty of what do have so we are also filming 50 of the world's most beautiful reefs — and we are putting this imagery up on 50reefs.org."

Ocean Street View is a joint collaboration of the Catlin Seaview Survey, the U.S. National Oceanic and Atmospheric Administration and the Chagos Conservation Trust.

The collaboration has allowed researchers to share information and having panorama content displayed in partnership with Google has put Panedia on the world stage and on desktops, tablets and phones.

In trying to help to save the world, the team at Panedia has created some spectacular pictures.

The team uses six cameras capturing 6,000 images a day and there are more than 40 Google Ocean Street View locations around the world.

"Google has put us in the pockets of everyone ... and if people can see how beautiful our world is, they may want to save it," Chegado said.

While he doesn't play a super hero, Jones has transformed streets and beaches, parks and buildings into sets for the movies such as Thor, Aquaman and even Captain Jack Sparrow.

The 44-year-old Jones started as a dolphin trainer at the Sea World theme park on the Gold Coast, where he worked on the set of TV series Flipper — and fell into the movie business.

"The Gold Coast has it all — from beaches that could be Rio through to rainforest that could be the Amazon jungle — and our weather is a definite bonus when it comes to shooting in outdoor locations," Jones said.

"My job is to not just go through the script and find the right spot for a director's vision but also to also make sure we also have the right permits in place and to make sure filming can happen."

The Gold Coast is undoubtedly the driving force behind Australia's movie industry, the city has recently played host to Thor: Ragnarok, Unbroken, San Andreas, and Pirates of the Caribbean: Dead Men Tell No Tales.

But it was the construction of a permanent large-scale outdoor water tank that was used in the U.S. production of Fool's Gold in 2007, and starring Kate Hudson and Matthew McConaughey, that really put the Gold Coast on Hollywood's radar.

The tank allowed for large-scale underwater and above water filming and is directly responsible for attracting 10 big productions.

Lynne Benzie, President of Village Roadshow Studios, said: "If our incentives remain competitive the film industry can continue to grow. We have world-class crews and state of the art studios ... this is a one-stop destination for filmmakers.

Benzie said since the studio started in 1998 it had attracted $3.3 billion worth of film production and had injected more than 1.8 billion into the Gold Coast economy.

A Gold Coast company is lighting up the gaming floors of casinos around the world.

Simtech Creations counts the world's largest casino — the Venetian in Macau — as a client as well as Las Vegas Venetian and Galaxy, and Singapore's Marina Bay Sands casino and Sentosa Island.

While Simtech, which turns over between $30-40 million annually, does work for all the Australian casinos, managing director John Curtis said this accounted for only five percent of its business.

"Globally we are the biggest gambling supplier in the world in terms of displays and link systems," Curtis said.

Curtis said his company's LED lighting technology, which can be contoured to virtually any shape, is 10 years ahead of its international competitors and such is the demand that Simtech has expanded to 13 small factories.

Their lighting technology, which can flow around corners and curves and often highlights gaming machines and tables, is now used in casinos in Asia, America, Philippines, Australia and New Zealand.