Invasions on Rainforests and Mechanism of Preservation 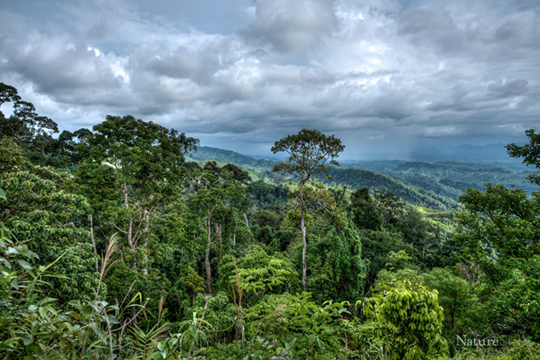 Like everywhere across the globe, the rainforests in Bangladesh have been fast dwindling being the helpless victims of insatiable human greed. By destroying the rainforests in a frenzied fashion we are practically endangering the surest possible warrantee of survival on this only one planet of ours.

Being the topmost absorber of carbon dioxide, the main culprit greenhouse gas, rainforests are scientifically defined as the lungs of the earth. If this happens to be the case which is actually so then the continuation of a liveable planet is hardly feasible without these rainforests in the midst of explosive emissions of greenhouse gases caused by rampant pollutions of industrial civilisation.

Rainforests are otherwise called tropical rainforests since these forests are grown in the tropic and the sub-tropic regions of the globe. Generally tropics are the areas between 23 degrees North and 23 degrees south of the equator. The average tropical tree sequesters a minimum of 22.6 kilograms of carbon each year and that this rate of carbon intake has been scientifically proved to be greater and higher than any other tree species grown in the temperate latitudes. Bangladesh is located in the 20.34 to 26.38 North of the equator and on that count Bangladesh falls within the geographical divide of sub-tropics though functionally it is treated as a country with tropical climatic flavour.

It is extremely alarming that while the globe is increasingly getting warmer with the emissions of greenhouse gases, the globe is losing rainforests, the highest absorber of atmospheric carbon dioxide, at a disappointingly frustrating rate. The deforestation rate of the Amazon forest, world’s largest rainforest, is simply staggering. A FAO report, published in 2006, revealed an eye-opening statistics that by 1995 70 per cent of the formerly forested land has been deforested for anthropogenic activities. According to another report of FAO, an estimated 18 million acres (7.3 million hectares) of forest are lost each year. It is still more disheartening that 80 per cent of the total loss occurs in the tropical rainforests. Apart from their highest carbon intake rate, rainforests provide dwelling spaces for 90 per cent of all flora and fauna of the globe.

The rainforests of Bangladesh have not been spared from the devastating trend of deforestation. Even though Bangladesh, unfortunately, does not happen to have the least minimum volume of the required forest, these forests are being drastically reduced in the face of all-engulfing human invasions originating from the self-annihilating primordial greed.

The Sundarbans, the largest moist rainforest, has lost half of its original volume as it was there in 1971. Apart from the Sundarbans, the rainforests of Chittagong, Rangamati, Bandardarbans and Khagrachhari are fast dwindling at an alarming rate. Besides these major rainforests, the minor rainforests scattered across the country are fast getting emaciated besieged by the unstoppable human encroachments. As per the recent study conducted by an environment organisation, 20 to 25 trees out of per 100 trees are being lost every year. If this losing rate continues unabated, in the next six year time span, two-thirds of the total rainforests will disappear forever.

Very much like the Amazon rainforest, the rainforests of Bangladesh are being cleared mainly for three core reasons. Trees are being cut down for fuel wood and timber; they are cleared for catering to the housing needs and finally lands are being released from the rainforests to make way for subsistence agriculture of the landless and marginal people. Specially, the rainforests of Chittagong and the other three hill tract districts are losing their pristine features with the unbridled cutting spree of hills and hillocks the surfaces of which are usually covered by rainforests. Once we ever pay a visit to any of these affected districts especially Chittagong we will clearly see the scars of ruthless human cruelties wrought on the rainforests.

Community involvement under the direct government support is a must for saving our rainforests greeneries from being extinct. Rain forests can only survive in our unalloyed love for them. Above everything else we have to develop a deep concern for them in a functionally operational way. This means that we will have to wage an all-out war against our pervasive greed lurking within every one of us. It is not only the poor and impoverished people who are cutting down the trees of the rainforests, a huge number of forest officials as well as the local big wigs lend a big hand in clearing the rainforests at a catastrophic rate. The notorious episodes of forest official Osman Gani are still shake us like nightmares. There are still so many Osman Ganis who are yet to be netted or even spotted for reasons unknown. The axe of vicious nexus between the corrupt forest officials and the powerful local elites strikes ruthlessly at the root of our best friends in need.

Saving the endangered rainforests is neither an individual issue nor is it the issue of a particular organisation. Rather, preserving and protecting the rainforests is obviously a shared responsibility of each and every stake-holder of the planet earth. We will have to bind the trees of the rainforests with the same bond we bind us together. Only through an integrated and concerted social movement rainforests can stand the test and trial of survival. Unless and until we integrate each and every individual in our great cause of preserving the rainforests, mere statutory injunctions and half-baked efforts will hardly take us far ahead.