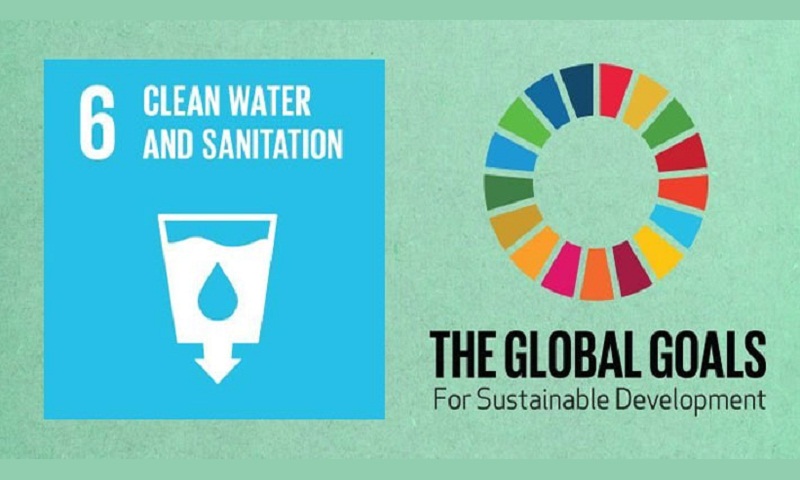 Water is a renewable but critical, limited and fragile resource. It dissolves nutrients and transfers them to cell, regulates global temperature, supports structure and removes waste products.

The SDG − 6 is to ensure availability and a sustainable management of water and sanitation for all.

Water must also be appreciated, not only as an end in itself, but as a means for all other development (food, energy, green growth, women empowerment, disease prevention, cultural). It is, after all, a uniting vector running through all themes of development and the SDGs at large.

As more than three-quarters (76 per cent) of the world’s mega-cities are coastal, there will be a considerable impact on water ecosystems from ridge to reef. Because of this, local and regional authorities lead initiatives targeting water-related obstacles, including housing gaps, climate change and an increased demand for food, energy and water. Climate change in particular represents a daunting challenge for cities, as 40 per cent of the world’s population will live in river basins under severe water stress, while 20 per cent will risk floods by 2030. Flooding and droughts have increased globally and the impact is devastating.

Bangladesh is going to face severe water crisis within the next couple of decades due to random contamination of surface and ground water, absence of comprehensive water sharing with neighbouring countries and mismanagement in preserving rain water. Today, rivers across the country are being filled up or being encroached upon in such a manner that is threatening the very existence of human habitation. According to a survey conducted by the Bangladesh Water Development Board (BWDB), there are 310 rivers in Bangladesh. Of these, 57 are border-rivers, the condition of 175 is miserable and 65 are almost dead. Eighty percent of the rivers lack proper depth. The latest study of BIWTA reveals that 117 rivers are either dead or have lost navigability. Such rivers include Brahmaputra, Padma, Mahananda, Meghna, Titas, Dhaleswari, Bhairab, Sitalakkhya and Turag.

Today, our rivers are dying because of throwing waste and filth recklessly into the water bodies. For example, 7,000 small and big industries release effluent into the Dhaka river system. Every day, approximately 1.3 million cubic metres of waste from these 7,000 industrial units and an unspecified volume of human waste get dumped into the river which causes enormous water pollution. According to reports, 80 per cent people suffer from jaundice, skin disease or diarrhoea in the watershed areas. Moreover, waterborne diseases are responsible for 80 per cent of illness and deaths in the developing world, killing a child every eight seconds.

From one side, our water body is being polluted by agricultural pollutants, industrial effluents, different rivers are losing their life, climate change affects the water table and the level of ground to surface water, policy is failing to manage this public goods; on the other side, corporate elites are trying to use this gap as their interlude of profit. Nowadays, local, national and international companies are doing their business in our country.

According to Asian water development outlook, 2016; 80 per cent wastes are dumping into river in Bangladesh. Water security index mentions Bangladesh is 44th out of 48 countries. At present, around 250 industries are discharging chemical pollutants into Buriganga and Sitalakkha River. Every day four thousand tons solid waste & 22 thousand tons tannery waste mixes with water in Buriganga River. Different industries and their contribution to pollution in Dhaka are: Pulp & paper - 47.4 per cent; pharmaceuticals - 15.9 per cent; Metals - 14 per cent; Food industry - 12.1 per cent; Fertilisers/pesticides - 6.6 per cent.

If we think urban areas, the groundwater laced with harmful chemicals may then be supplied to urban dwellers that are unknowingly exposed to health hazards. Sewages are discharging directly into the rivers and low-lying part around the urban areas. In Dhaka city, 20 canals have lost her life out of 43. Heavy metals − copper, iron, lead, nickel is affecting the BOD, COD, DO, TDS, PH of water. From the authority, different projects were taken to recovery the present situation of canal and pond in Dhaka city such as, dredging of Buriganga River by WASA, digging of the Dhaleswari, Pungli-Bangshi and bringing water from Jamuna to meet the demand of Buriganga River. But the projects could not see the light of the day.  Eutrophication and bacterial content in lakes and rivers are also high. This is a threat to the health of urban dwellers as river water is also supplied by the “Water Supply & Sewerage Authority” for drinking and other purposes. This is happening in all cities of Bangladesh. On the other hand, reduction of river water flow due to accumulation of silt is leading to increased salinity at the coastal areas. Unplanned shrimp farming creates more salinity affecting the agricultural land and water quality particularly in Khulna, Satkhira and Bagerhat districts.

It is contradictory to our national laws and policies. In Bangladesh, water pollution control ordinance was promulgated in 1973, environmental pollution control ordinance was promulgated in 1977 as well as in 1985, department of pollution control ordinance was established. According to the water policy 1998, environmentally sound water management is suggested in utilisation and development of water resources, construction of irrigation networks and embankments, dredging of water courses and in taking measures against river pollution. Environmental impact assessment is required before undertaking projects related to water resources development and flood control measures. The present scenario is not unambiguous where the fundamental rights of people in terms of access uncontaminated water. The ‘right to flow’ of rivers is affected. Political economy says that, it meets the effective demand for criminalisation of not only politics but also economics. Consequently, it is a truth-seeking deficiency of a state.

Less consumption and better management are at the core of these efforts, underlining the need for improved infrastructure investment. By adding climate change to the equation, the need for adequate financing becomes even more pressing. According to reports, more than €255 billion is needed yearly in global water infrastructure between now and 2030 to tackle it: €100 billion a year for adequate new water infrastructure; and at least another €155 billion to renew and improve equipment to adapt and climate change.

UN reports indicate that by 2030 there will be a 50 per cent increase in demand for energy and water, requiring a water infrastructure capital investment of three times the current level. It is worth noting, return on investment in water is exponential, and widespread investments are necessary to promote development through water security. It is important to resolve all technical constraints to accelerate the filtering process of heavy metal (nickel, lead, chromium, arsenic, cadmium) from impure water, engineering process of water supply and distribution, effluent treatment plant (liquid wastes, hard materials),  sanitation, immunisation and maternal health related issues. Similarly we have to address the social constraints (cultural issues, tradition, patriarchy, climate, geographic variability, vulnerability and occupational structure) through communities ‘knowledge attitude practice’ towards life and livelihood and shape the all actions as mass-people oriented action through public participation and decentralisation for water governance in Bangladesh.