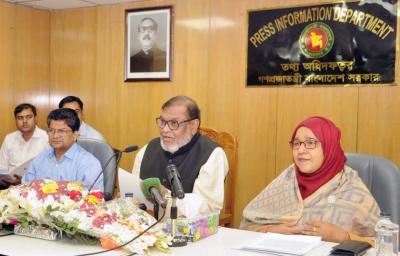 Liberation War Affairs Minister AKM Mozammel Huq has said the name of Ziaur Rahman will be removed from the nameplate of the Shishu Park at Shahbagh in the city in a week.

Asked if whether freedom fighters' grandchildren will get the 'quota privilege', the minister said it will depend on the government decision.