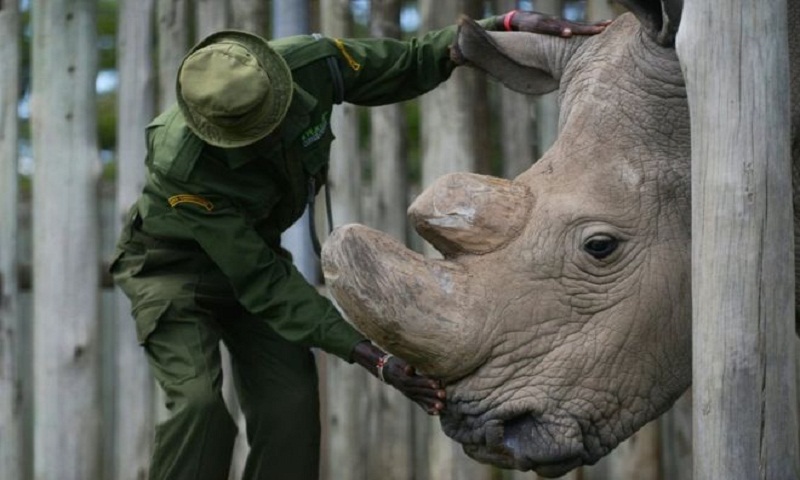 Sudan, who lived at the Ol Pejeta Conservancy in Kenya, was put to sleep on Monday after age-related complications worsened.

His death at the age of 45 leaves only two females of the subspecies alive in the world.