Tears Have No Colours 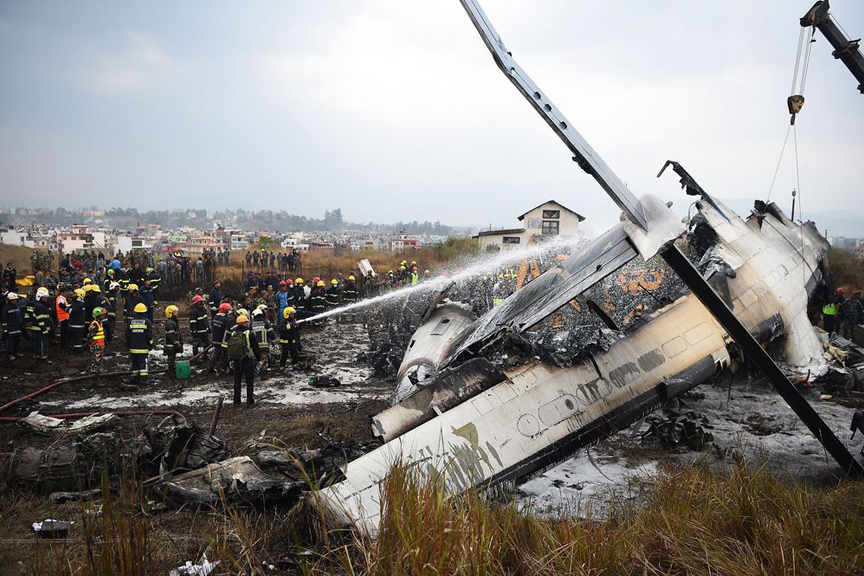 There are debates about life after death. However, there is no debate as to death itself. Yes, uncertainty grips every living being, with humans being most susceptible. Such an uncertainty befell the travellers of US-Bangla aircraft which crashed near the Kathmandu Tribhuvan International Airport recently killing 49 passengers. Some 20 passengers have fortunately survived the tragedy. However, tears continue to flow.

The smokescreen regarding the real reason of the tragedy is still hovering, with the pendulum swinging for and against the US-Bangla aircraft. Reportedly, the pilot was confused by the Air Traffic Controller of the Tribhuvan International Airport. However, the airport authority blamed the pilot for wrong landing efforts. Reports are there that it would take time for getting the real facts centring round the crash. However, both the aircraft and the Airport authorities have come under questions and for very valid reasons.

In fact, US-Bangla has been providing tickets at a reduced rate for national and international flights these days, which is good for the people. Service at a reasonable rate attracts many passengers as well. Unfortunately, this service at such a rate may have turned out to be a painful experience for many. Though there is still no such inference that US-Bangla is responsible for the accident, the service that is being provided by the company has been dented greatly by this accident.

In fact, this was a tragedy for both Bangladesh and Nepal on many grounds. People from both the friendly nations lost their valuable lives in this tragic accident. In Bangladesh, we can gauge the intensity of pains of the tragedy thanks to our vibrant media. Though the pains in the hearts of Nepali people cannot reach us that poignantly, they have not lost less. Pains must have been unbearable and permanent for the 11 families who have lost would-be doctors who were the students of a Sylhet private medical college.

Upon a tragedy, many people become perturbed and feel for the losses of lives. It is a common and natural human response. Some even become very emotional and cannot hold back their tears even at deaths of people not known to them. However, pains and pangs of near and dear ones of the victims of a tragedy know no bounds. In fact, such a state of affairs now prevails in the families of the US-Bangla aircraft victims. For many of them, the disaster is beyond consolation. Yes, only the Omnipotent can allow them a space for some solace.

Most of the people of Bangladesh were in great sombre following the tragic accident in Nepal. The media are still covering the issue significantly. It is expected. Due to vivid media coverage, emotions still flow in the ambience as harrowing tales of the survivors and the victims of the accident are pouring in. However, how many among us spare a thought for the tragedies that take place almost regularly in every corner of the country where road accidents take place quite often and take away valuable lives and limbs?

Reportedly, as many as 8,000 people lose their lives in Bangladesh every year due to road accidents. Can we imagine what happens to their bereaved families?  Because of absence of hectic media coverage, traumatic tales of the bereaved families and their helplessness do not even reach us in many instances. There is a common saying that an accident is a matter of tears for life. True, tears become a permanent phenomenon in the families of the deceased and maimed ones in accidents that take place almost every day in the country.

There is also a saying that accidents will happen. It, however, does not imply that accidents should be taken nonchalantly. Unfortunately, this has been the reaction of the authorities in Bangladesh as against so many road accidents every year. In Bangladesh, processions of deaths because of road accidents are always on with noticeable inaction from the authorities. The families of the victims of the US-Bangla aircraft tragedy are likely to get compensation from the insurance companies, which must be ensured by the concerned parties.

We cannot avoid road and air travel these days. All deaths are painful. However, deaths upon accidents turn out to be all the more painful. US-Bangla aircraft accident was so tormenting that many passengers were burnt to death in a helpless manner. The severity of pains they underwent during the time of their deaths cannot be couched in words. One hopes that the Almighty assuaged their pains. One also expects that the Almighty will provide them with peace after death.

Hopefully, airliners will be more cautious in future. May, the lord, Almighty save us from all sorts of accidents! At the same time, the main stakeholders should take things more seriously so that none of their actions remains responsible for accidents that can be avoided with better management. In this regard, the government would be expected to take the issue of road accidents with required earnestness so that this matter of regular haemorrhage gets reduced and lives of common people become more secured.